A Camp Leader for 14 Years Loves His Work

The Hollands are the kind of family you want to live next door to.

When all the neighborhood kids were growing up, the Hollands would always be outside doing something fun: ice fishing in the winter, baseball in the summer. Six or Eight kids would join them for fun in the morning, and by the afternoon when they got the grill out, there might be thirty or forty kids running around laughing and having a terrific time. 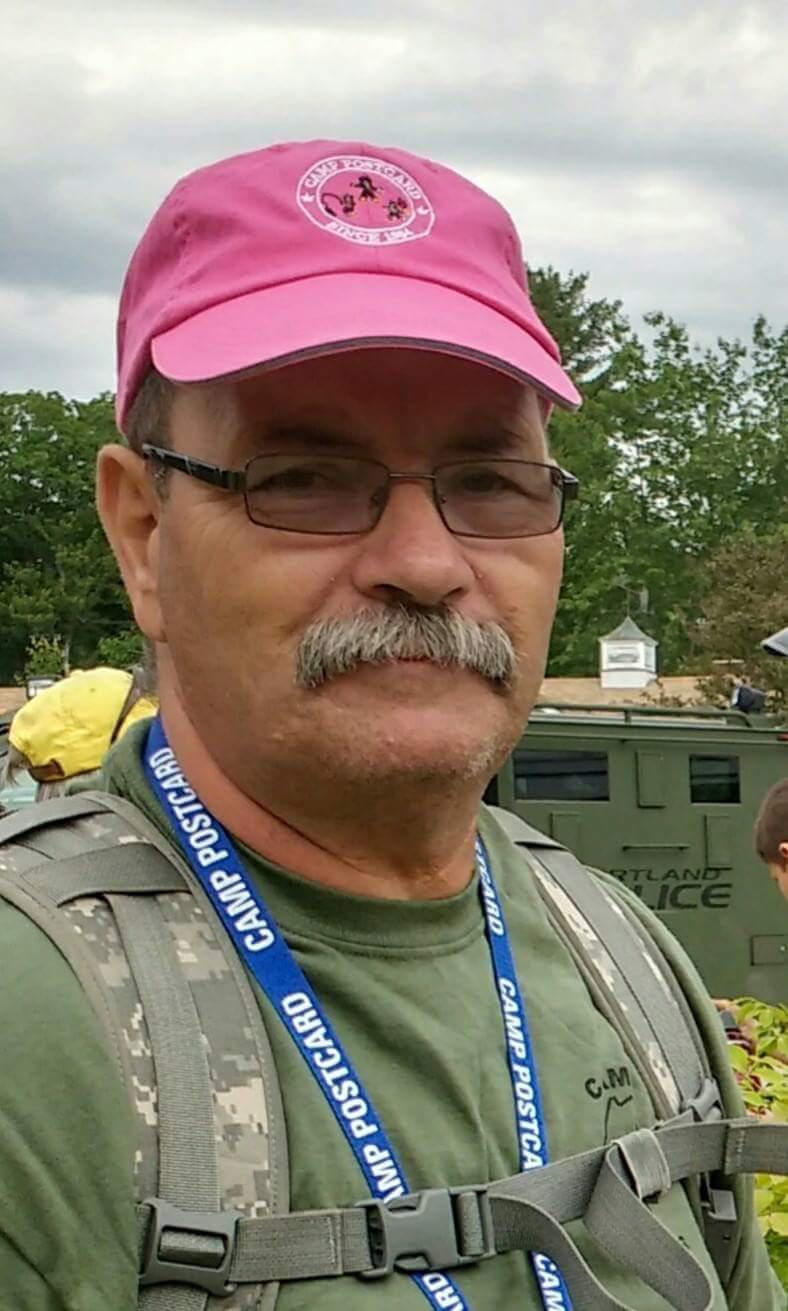 Tim Holland was a DARE officer in the early days of Camp (and still is, teaching the program in Paris, Maine), but couldn't be a Camp leader because he was running baseball programs. Fourteen years ago when he finally had time to join Camp POSTCARD as a leader, he was hooked. "There are so many great stories," Tim said.

"Kids come to Camp shy and withdrawn. Many don't know how to swim. They haven't spent a lot of time outside in their lives. We teach them how to swim and it empowers them. It's a huge confidence builder," he said.

"Then there is the climbing wall. They all look up and think they can't possibly climb it, but we start with, 'If I can do it, you can do it,' and it works. I climb and they follow. They look down from the wall with a big smile and you know then they can do anything." 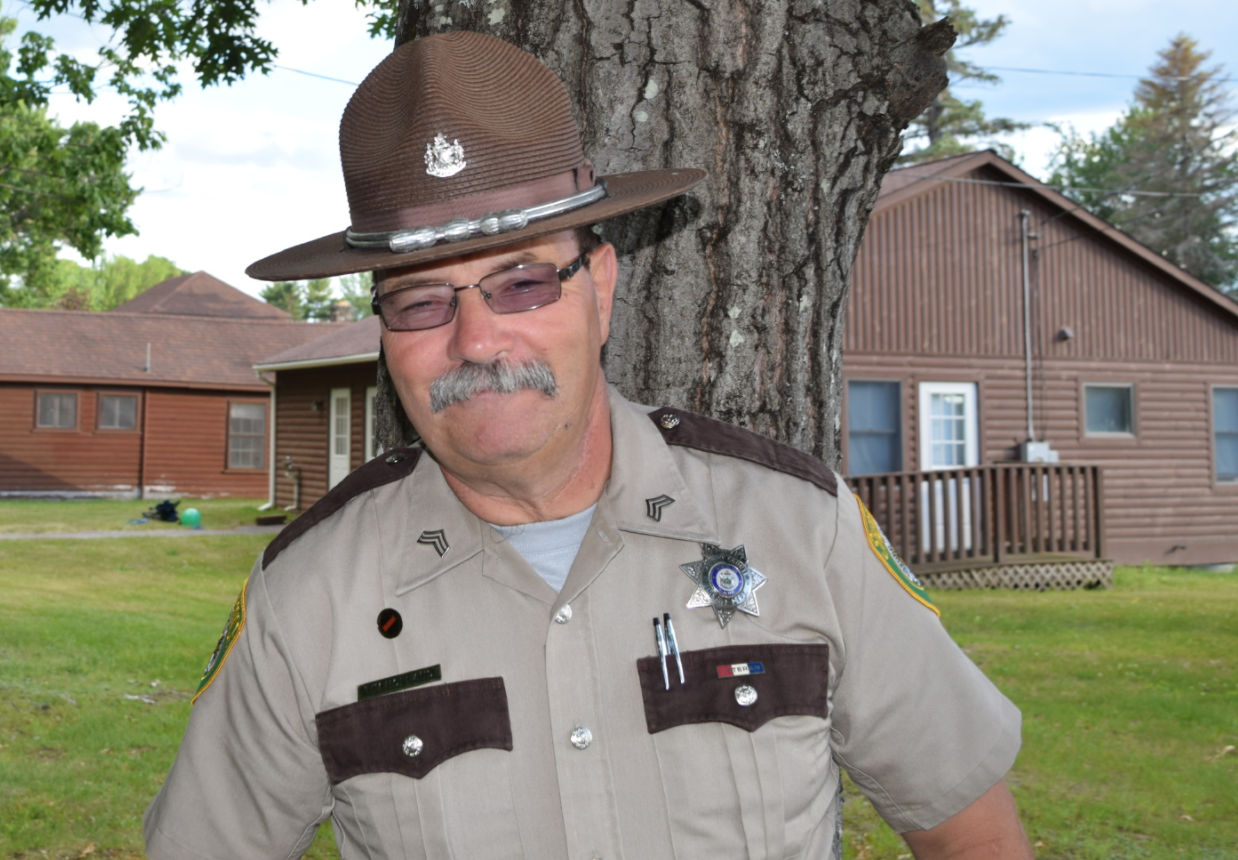 You can tell the way he talks about kids that Tim loves being in their midst and helping them learn to believe in themselves. When Tim and his co-leader Sue tell the other Camp leaders how lucky they are for having a great bunch of campers year after year, the other leaders tell them, "It's great leaders that make them great kids." 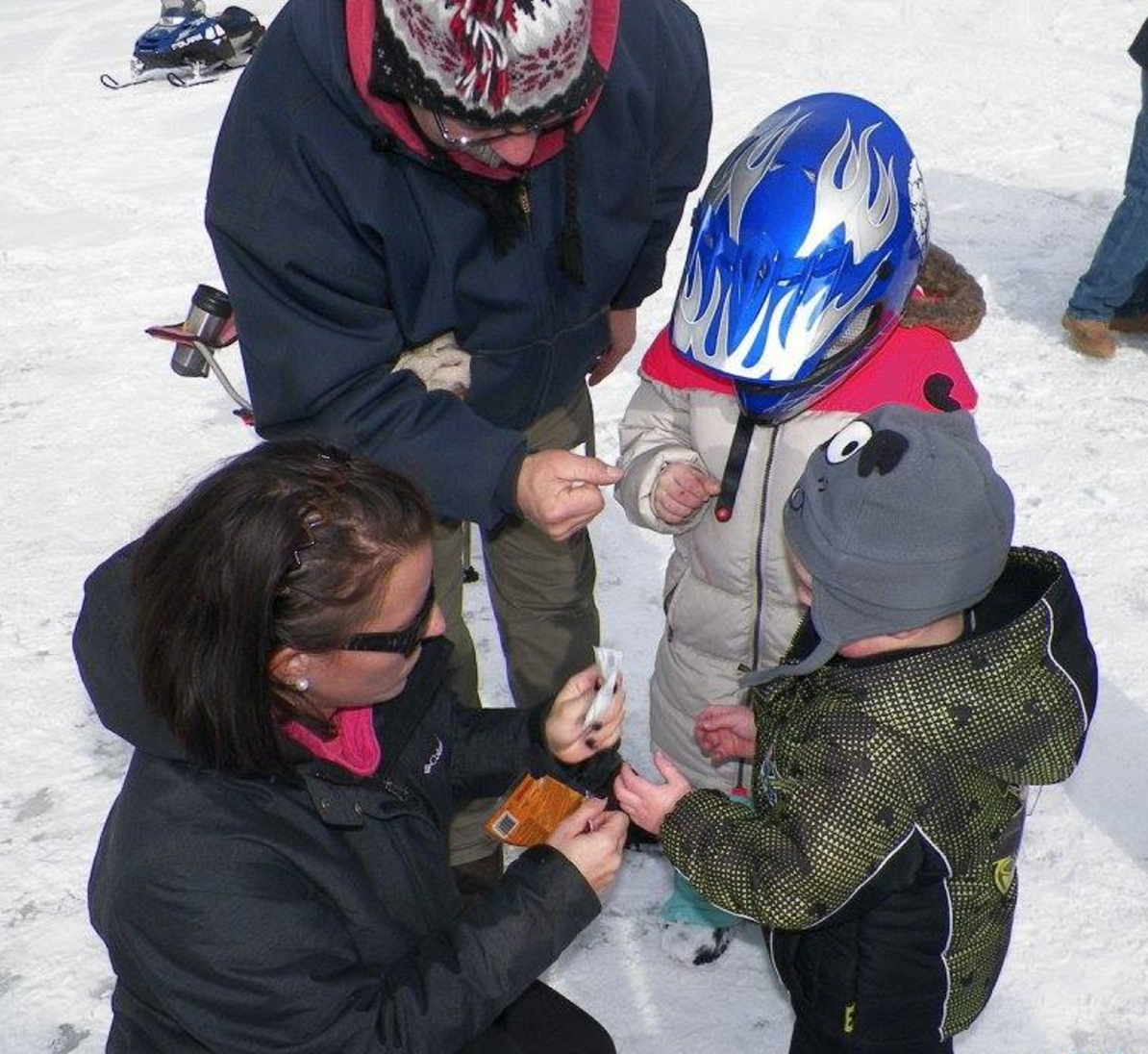 Even in the off-season, Camp is important to him. This winter, the "Little Tim's 2nd Annual Ice Fishing Derby" took place in memory of his son Tim (see related story here), and proceeds were donated to Camp POSTCARD. "I love introducing the young boys to ice-fishing," he said, "Timmy was the same. It's a great way to remember him."

After 30 years at the Oxford County Sheriffs Office, Tim retired last year as Sergeant and took the School Resource Officer position where he feels right at home. "I am having the time of my life working with kids. I love what I do making a difference." he said

And it is just that attitude that makes kids want to be around him. We are so fortunate to have him as a leader. He, and other leaders like him, make Camp the life-changing experience that it can be. "You help kids learn self-confidence and their whole lives can change," Tim says, "I see it every spring at Camp."

On May 5th, 2017, Tim and his family donated $2,000 to Camp POSTCARD that they raised during Little Tim's Ice Fishing Derby. Click here to read the story.