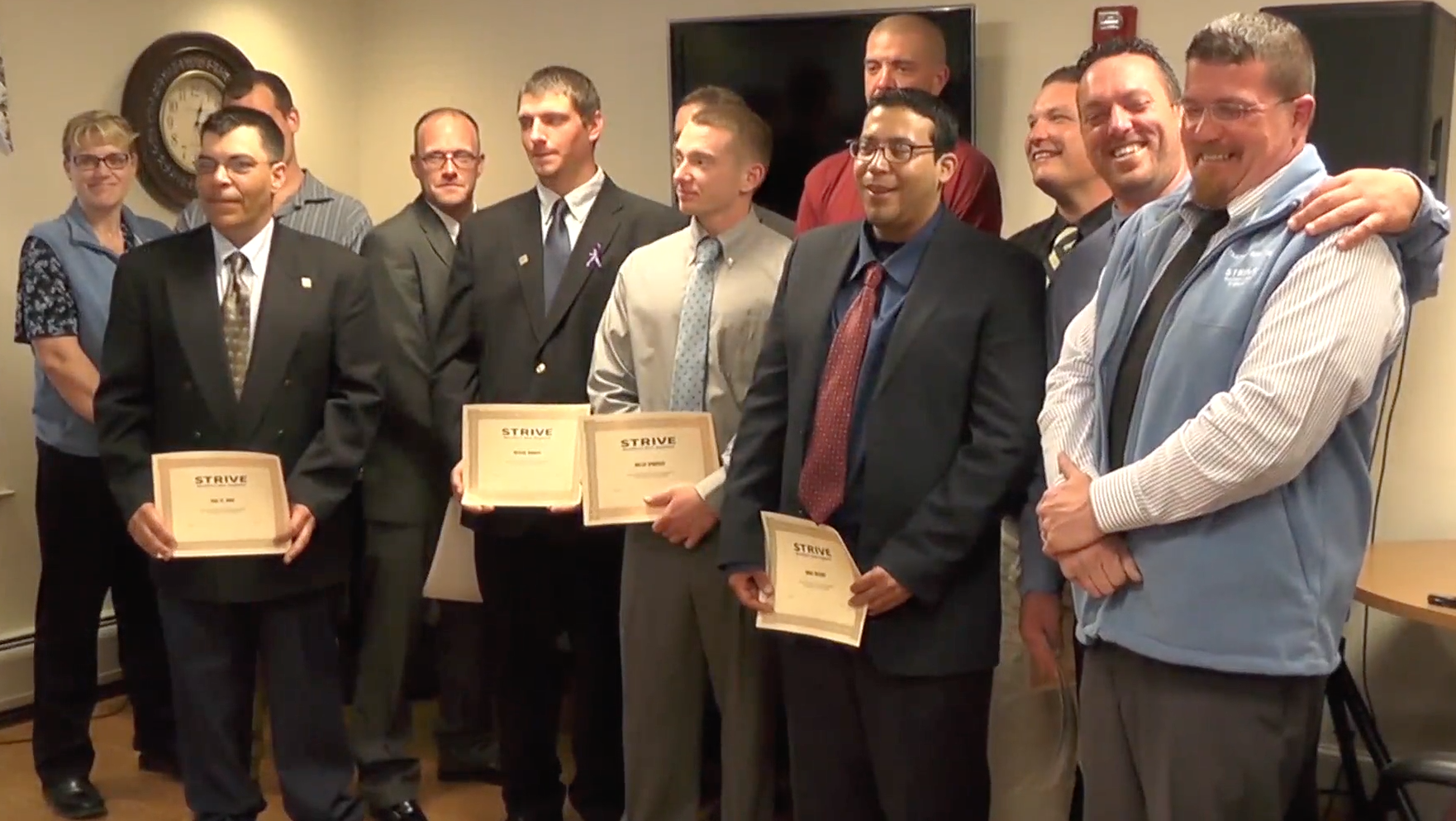 The Maine Coastal Regional Reentry Center recently graduated 10 men, the first class of Maine students from the STRIVE Northern New England program. The graduates, residents of the MCRRC, stood in slacks and ties and proudly accepted their certificates as their names were called. CEO June Koegel was at the event to congratulate them.

STRIVE NNE (http://www.strivenne.org/ ) describes itself as, "AN EMPOWERMENT MOVEMENT" whose mission is to "help people acquire the life-changing skills and attitudes needed to overcome challenging circumstances, find sustained employment, and become valuable contributors to their families, their employers, and their communities."

One of the MCRRC residents enrolled in the program said it was "tough hard work," and that you couldn't just show up, you had to actually participate and be accountable. He said he stuck with it all the way to graduation because, "Volunteers of America has invested in me and I want to give something back by becoming a better person, getting a job and paying my own way, and being able to help others," when he leaves the Reentry Center.

John, one of the MCRRC Case Managers and a STRIVE trainer, says he has been really impressed by the change in the residents who have stuck to the program. He has seen them examining their lives and making good choices for the future, seeing new possibilities for the first time. He tells the guys, "I believe in you but you have to believe in yourself more."

During a STRIVE open house at the Reentry center a couple of months back, one of the residents told how his life was changed in a single moment as a result of the STRIVE program: "We were dressed in shirts and ties to go on a job interview and stopped at McDonalds. The guy behind the counter looked at me in my nice clothes and said, 'May I help you, sir?' I was amazed because no one had ever called me 'sir' before." He smiled and added, "I liked it."