they came for the convenience, they stayed for the friendships 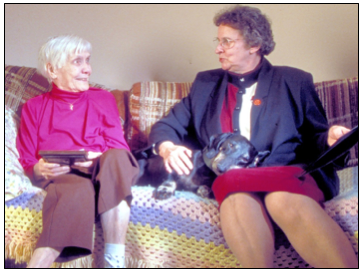 Trudy and Rachel moved into Volunteers of America's Senior Housing within a few months of each other. They knew they would have adjustments to make, but they had no idea what to expect.

"When I moved into my new clean bright apartment, I didn't know what to do with myself," Trudy says.

She had spent the past 50 years of her life in a farmhouse, raising three sons and a daughter, and then caring for grandchildren. Her life was in the kitchen, keeping meals on the table, packing lunches for the kids, then the grandkids. She and her husband did whatever they had to do to get supper on the table.

Her friend Rachel agrees. "Our stories are so much alike, it's like we are sisters," she says. Rachel is ten years younger than Trudy, but they share bright blue eyes and hands that have known hard work.

"When my husband passed I thought I was going to die. I wanted to die," Rachel says. "I mean, we worked so hard all the time and never had a chance to just go on vacation or anything. I didn't even know how to write a check," she adds, shaking her head. 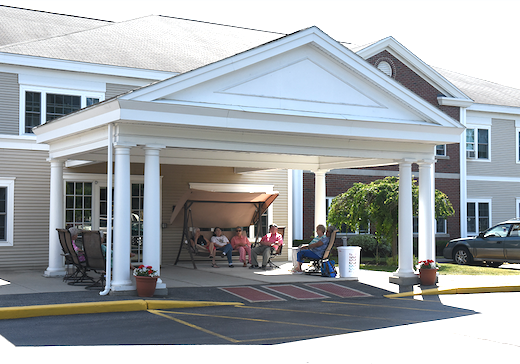 When Trudy moved to Senior Housing, she was depressed and sick. Her neighbors told her how helpful the the staff had been at helping them navigate the government paperwork for Medicare and food stamps. She realized it was time for her to learn a few things.

"I got all straightened out with Medicare and set up doctor's appointments and found out I have the diabetes and some other things." Two years later, she is thriving.

Rachel tells a similar story. She found out how much help was she was eligible for through Medicare and food stamps, and she got a free cell phone and signed up for farmers market vouchers.

"You just don't know," she said, "You are going through life and taking care of everybody else, and when it comes time to take care of yourself, you don't know where to start."

They signed up for exercise classes and cooking classes and now they are volunteering in the community. "It feels good to be helping other people," said Trudy "It's true that you have to learn how to help yourself first."

Trudy now volunteers at the library. Rachel works at her church's thrift shop and knitting scarves for kids.

"I even have time to read books and magazines now" Trudy says, "and I've been making doll clothes for the kids in the hospital. I know it sounds dramatic, but I tell people Volunteers of America saved my life...or maybe just gave me a brand new one."