and his whole life changes! 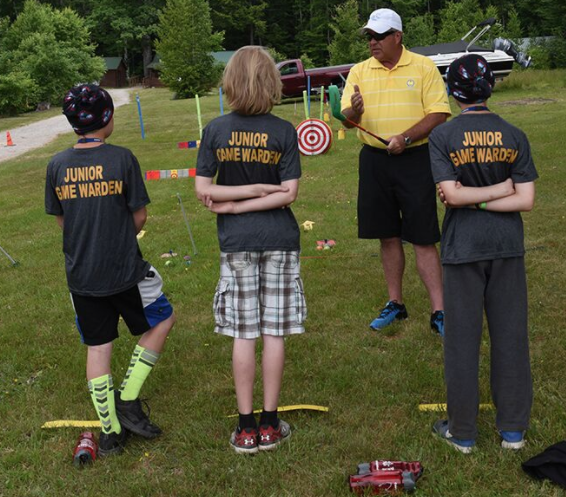 Noah had learning and attention difficulties, but he was a friendly kid with an eager kindness. His School Resource Officer saw potential in Noah and recommended him for a week at Camp POSTCARD. His mother was concerned, but her confidence in the Officer and Noah's willingness helped her say yes to his week away.

He was nervous — even shaky when the Sheriff came to pick him up for Camp (Noah's mother does not drive), but he rode to Camp with his older brother and got really excited when he met the camp counselors. He settled right into his cabin with his fellow campers, and played alongside the other kids as they and his leaders encouraged him.

By the end of Camp week, when his brother went to pick him up, Noah had changed dramatically. "He was a hundred percent different person," his brother told us with a smile. "He'd tried his first swimming lessons and loved them — and was looking forward to more. He even wanted to know if we could go on a canoe ride!"

When he got home, he hugged his mother and told her he loved Camp and he loved her. "It made me cry," she said, "I was so happy for him, and for us."

Before-and-after questionnaires have shown measurable changes in campers' attitudes toward diet, exercise, camaraderie and being out of doors.

"Interestingly," his cabin leader said, "it was team spirit that helped do the trick for Noah: He tried new foods and new activities because he wanted to help his cabin mates earn points for awards made at the end of the week. These gentle win-or-lose competitions are important for kids because they help develop authentic self-esteem and team-player skills."

Each year, Camp POSTCARD is staffed by 75 volunteer sheriffs, deputies, state troopers, and municipal police officers as well as other community volunteers and volunteer personnel from Volunteers of America. Come Join Us!