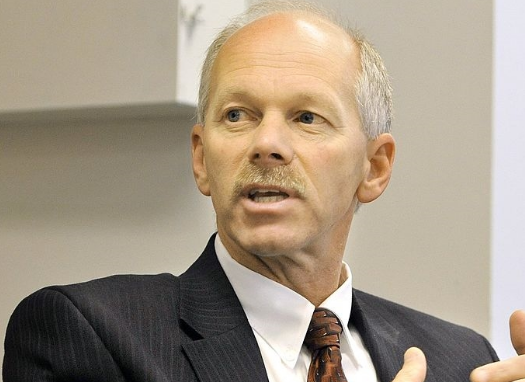 When you ask Ron Gastia why he came out of retirement from a lifetime of Police work (retired in September 2012 as Bangor's Chief of Police) he will tell you that the idea of building a Federal Reentry program "sounded really interesting." Not one to sit around, Ron was eager to learn more when he read about the newly created position of NMRRC (Northern Maine Regional Reentry Center) Program Manager.

Different than the MCRRC, our Northern Maine facility is a Federal reentry center. Behaviors and boundaries are proscribed by the Bureau of Prisons (BOP). The residents are serving out the last part of their sentences, usually a matter of months. Volunteers of America contracts with the Bureau of Prisons to run the center to provide security and case management. "The primary responsibility of Northern Maine Reentry is accountability of the residents," says Gastia.

The Center opened in September of 2013 with two residents, quickly growing to 31. The numbers fluctuate constantly since residents are only there for (generally) 3-6 months and new residents are continually cycling in. NMRRC is unique in that it is coed. Currently there are 7 women and 17 men in residence, most if not all of them working during the day.

In order to come to our facility, offenders must apply to the BOP. All applicants must have ties to the state of Maine. The BOP then makes referrals to Volunteers of Americas and we accept those that we think will fit well. If they do not work out, residents are released back to prison.

"Some of these folks get here with nothing. No social security card, no birth certificate, no insurance. We help them start from the beginning to rebuild, but they are doing the work, we do not do it for them." Gastia reports. Residents secure employment, pay for bus transportation (when they are able), participate in education and life skills training and learn to give back to their community through community service experiences.

In particular, they volunteer at Volunteers of America's senior houses at Miller Square in Bangor and Penobscot River House in Old Town. "It's wonderful seeing the residents here interact with the residents at our other properties. Especially the seniors truly enjoy the NMRRC residents and appreciate the help they provide, from assembling or repairing furniture to working on the grounds and helping folks move in or out of the buildings.

Gastia now splits his workweek: 8 hours at the reentry center and 32 hours as a housing manager at our Penobscot River House in Old Town, the town where he grew up. "It was time for something new," he says. 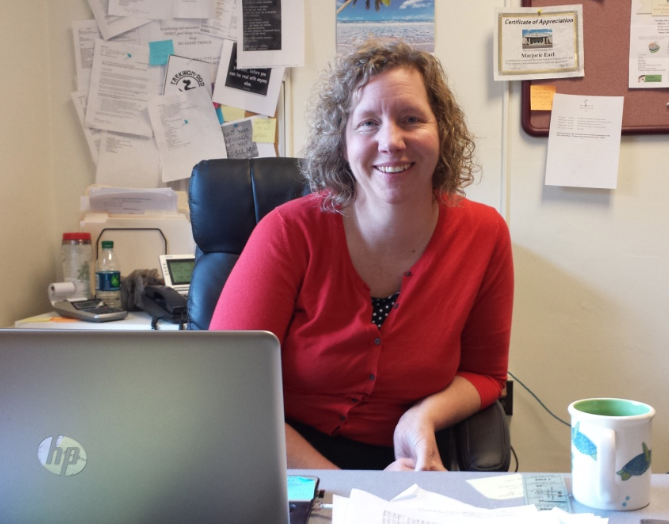 Marjorie Earl joined us last year as full time Reentry Manager. After having served 15 years as a federal probation officer, she believes Reentry is a good fit for her. In addition to her Volunteers of America work, Earl runs a martial arts school.

"Freedom and responsibility go hand in hand," She says, if the residents take initiative, do their work, keep their jobs, they'll leave here with a head start over others who have not been through the reentry experience. They'll have a good chance at new beginnings.

From two key staff members and six security officers with two residents at the opening to now 21 employees and 24 residents, things have changed quite a bit. While there has not been enough time to track recidivism rates, statistics look great so far. Among the residents, everyone who can work does work, they are at nearly 100% employment. That is a lot to be proud of. "You want to be successful out there, be successful in here," Earl tells the residents, and for the most part, they are very successful.

One day one of the guys had completed a tutoring session and had the biggest smile on his face. He said to his case manager, Mary O'Leary (who has been there since day one), "My tutor said I was smart. No one ever said that to me."

It's moments like those, small moments, that keep us all going.

NMRRC and MCRRC: Federal vs State/County

At the MCRRC in Belfast, the guys can receive time off of their sentences if they behave well, interact with their peers, offer support, do good community service and communicate well with the group and staff. They are allowed varied opportunities for community service, classes, counseling. They are in town and recognized by the community.

Upon their arrival, Belfast Reentry residents are assessed on their likelihood to recidivate. Based on the findings of their assessment, a program of classes and services is designed for them, to assist their success.

For instance, one resident did not have friends outside the negative influencers he knew when he was convicted. MCRRC got him involved with the community theater group in Belfast. He flourished, made a new circle of friends, and after his reentry time was completed, went on to grow a successful professional career.

It takes work to cultivate and establish trust between residents and their communities. In Belfast, a resident was working at the Y, teaching T-Ball to 5 and 6 year olds. When parents found out that he was a resident at the Reentry Center, they insisted that he be removed from teaching. Weiner and the resident set up a meeting with the parents, and after a lengthy heartfelt conversation, the parents said they would be "honored" if he would continue to work with their kids.

NMRRC is a Federal facility in the city of Bangor, a different kind of setting than the small town of Belfast. Their employment opportunities are less varied, and many decisions are already made for them. Most importantly, they have to serve out their entire sentence, unable to gain time credit for good behavior.

However, despite the more limited possibilities in Bangor, they have made great strides toward re-integration. Some of the residents have been able to get jobs that felons have never been allowed into before. And some of them have been awarded Employee of the Month. These are VERY BIG deals, and Earl makes sure to let them know it.

Earl tells them when they come to Reentry, "If you work for yourself, we will work for you," and she makes sure she follows through on her promise. "That's right," Weiner agrees, and adds a slightly different perspective, saying with a smile, "I tell the guys, 'I put my life together…it's your turn.'"

To read more about reentry, here are a few resources: