On January 26th at the Edward J. Reynolds House in Belfast, over 70 people came together to celebrate Jerome Weiner. Jerome, the director of the Maine Coastal Regional Reentry Center, is retiring after being with Volunteers of America for over 8 years. The party was a complete surprise and included many members of the VOA team and Jerome’s co-workers were in attendance.

Chris, a former resident, was the first person to stand up and speak about Jerome at the party. “I would have never expected this man with a giant amazing beard and mustache to be the director of the reentry center.” He went on and told an incredibly powerful story ending with “One of the most important life lessons Jerome, and the center taught me is that you don’t have to judge a book by its cover.” Reminiscing back to his first encounter with Jerome, “A man isn’t defined by one bad choice in his life”. Chris’s speech was followed by two addition former residents, Scott and Donny, who kept the theme going, sharing a genuine display of respect and affection for Jerome. 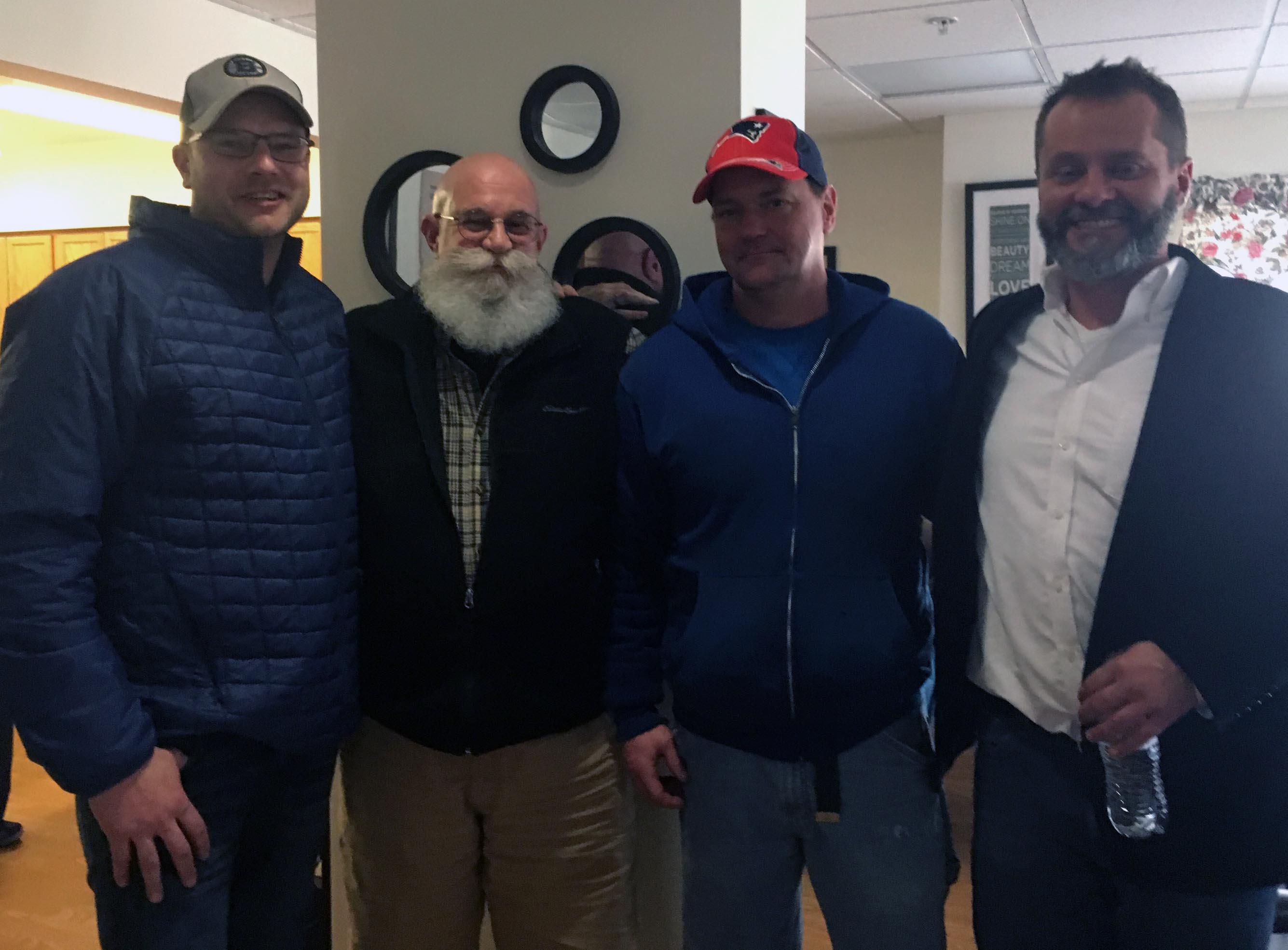 Members of the Waldo County Sheriff’s office Ray Porter, (Jail Administrator), Chief Deputy Jason Trundy, and Sheriff Jeff Trafton, also spoke at the event. They all expressed their gratitude for the good fortune that brought Jerome Weiner to work with them in developing the Reentry Center.

Jerome will be truly missed as he has touched the lives of many people in his community and around the state.