A letter of hope

to Camp POSTCARD from "a grateful mom"

Everyone has a Camp story. This one arrived in the mail.

Camp POSTCARD (Police Officers Striving To Create And Reinforce Dreams) comes along every June. It is held at Agassiz Village, nestled on 400 acres of woods and fields along the shores of Thompson Lake in Poland, Maine. Here you will find (according to the camp's owners) the "largest log building in the world" which houses the kitchen and dining area, along with 18 cabins, each with electricity and lavatory facilities and a big porch.

Although our administrative and fundraising efforts take place all year long, there is a noticeable increase in activities as February arrives. Referrals from fifth and sixth grade teachers start coming in to our office for campers from every county in Maine. We look for those kids who might not be able to get into other summer camps, or who might be having a particularly tough time in their lives. We know a little about these kids by the time they get off the bus the first day at Camp in June and we make a special point to make sure they feel welcomed, safe and included during the week they are with us.

Over the years we have gotten many letters and phone calls from parents and guardians who noticed a real, positive change in their kids after camp: more self confidence, more interest in learning new things, a desire to make friends, eat healthier, or a new preference for going outside instead of television for leisure time.

But nothing could have prepared us for this note from a camper's mother:

"My son enjoyed Camp Postcard very much. Unfortunately, he became quite sick for his first couple days there but he came home at the end of his stay and told us that he was very well cared for and everyone was so nice.

He enjoyed the many experiences he had there and although he is generally a quiet, shy boy he made some good friends at camp.

Just before going to camp, terror struck our small town when a young mother of two children (friends of my son) was murdered and a two-month long man hunt began. Our small town became swarmed with guns, police, SWAT, dogs, FBI and choppers. It was a very emotional time for my son. We all began living in fear.

His experience at camp helped him to see officers out of uniform as "normal" people and to know that they are keeping us safe. He is inspired to be a game warden.

Thank you for all that you do! 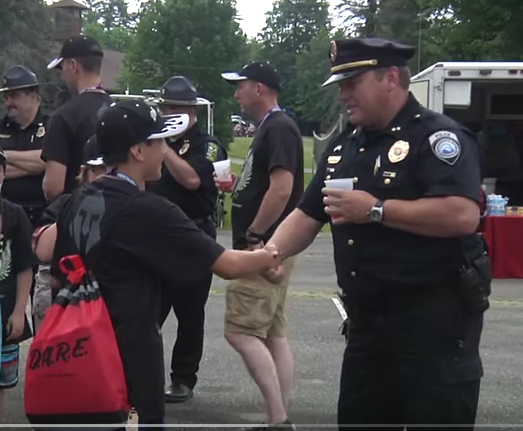 The leaders at Camp are corrections or law enforcement officials from all over the state. The week is important to them. Detective Jason Andrews explains, "Being in Maine State Police, we deal with a lot of bad stuff and we see people at their worst. Some kids that are here are from difficult situations and they just need to be kids. They see us all week in plain clothes, shorts and t shirts, playing games with them and getting dirty with them."

Just like counselors from any summer camp, these officers, detectives and troopers become best friends and heroes to many of their campers. 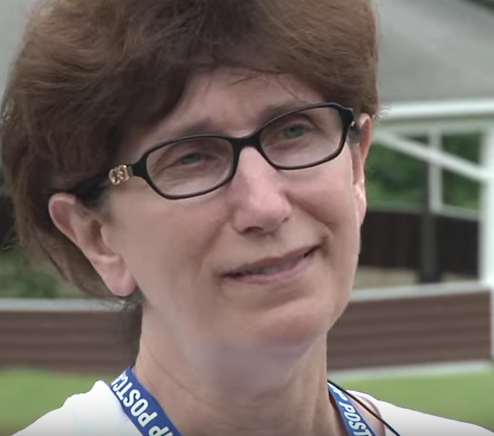 Retired Maine State Trooper Christine Buchanan adds, "Most police officers go into law enforcement because they want to make a difference. We all have to have a passion in life. Camp is my passion."

Trooper Buchanan's sentiments are echoed by staff, leaders and volunteers. More than a hundred of us look forward to this week all year. Camp requires a tremendous amount of planning, organizing, fundraising, supply-gathering, and collaboration with many different individuals, businesses and groups.

It is work that, when camp week arrives, does not feel like work.