A Brief History of Volunteers of America

from our National Office 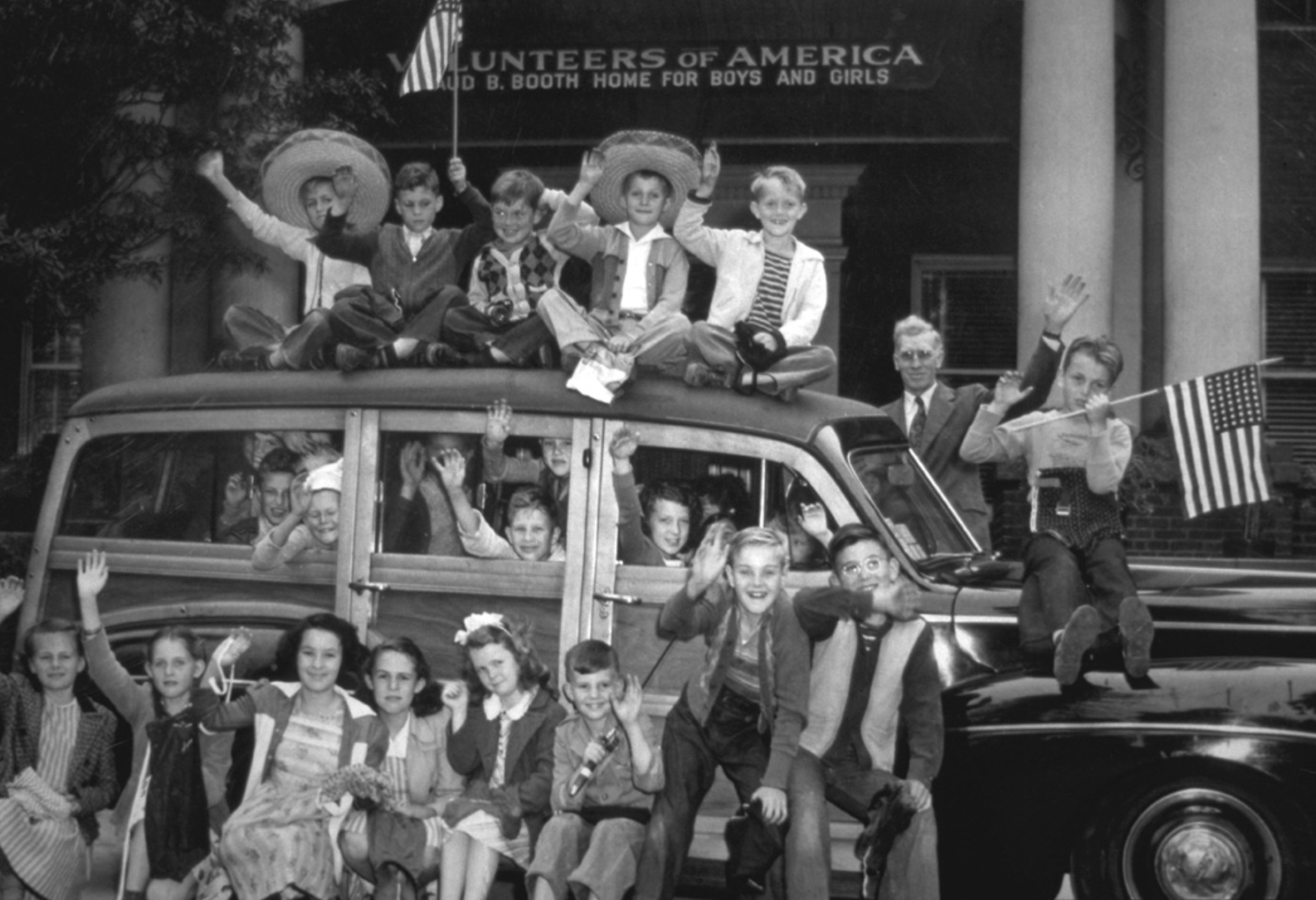 Volunteers of America was founded on March 8, 1896 by social reformers Ballington Booth and his wife Maud Booth in the Great Hall of New York's Coopers Union. Ballington Booth was the son of General William Booth, founder of The Salvation Army, and the couple served as officers with the Army in Great Britain.

The Booths first moved to New York in the 1890s to assume command of The Salvation Army forces in the United States. The couple was successful in bolstering the image of The Salvation Army in America and in growing the movement's social work mission. After disagreements with other Salvation Army leaders, including Ballington Booth's brother Bramwell Booth, the Booths left the organization and established God's American Volunteers, which soon was changed to Volunteers of America.

During the Great Depression in the 1930s, Volunteers of America mobilized to assist the millions of people who were unemployed, hungry and homeless. Relief efforts included employment bureaus, wood yards, soup kitchens and "Penny Pantries" where every food item cost one cent.

By the 1960s, Volunteers of America was well known for its thrift stores and annual fundraising efforts like the Sidewalk Santa campaign in New York City. In an effort to modernize its programs, the organization began to focus its work in the area of housing for the poor following the establishment of the U.S. Department of Housing and Urban Development.

In the 1970s, the organization emerged as a major provider of professional long-term nursing care. Volunteers of America not only offers home health care and related services, but owns and operates several nursing facilities, and assisted and independent living residences.

The organization is one of the largest nonprofit providers of affordable housing for the elderly, low-income families and people with intellectual or physical disabilities in the United States

Today, Volunteers of America is ranked among the largest charities in the United States by The NonProfit Times, The Chronicle of Philanthropy and Forbes among other publications, with annual revenue of approximately $900 million.