What is Gaga Ball? 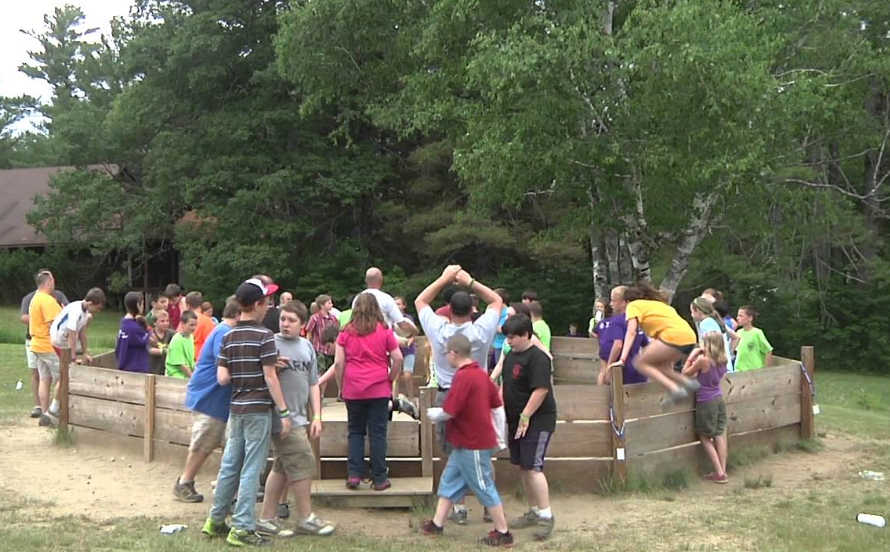 You know that everyone's going gaga over gaga. But what is it? Here's the 101 on how to play gaga ball:

Gaga is a fast paced, high energy sport played in an octagonal pit. The more players the better! Dubbed a kinder gentler version of dodge ball, the game is played with a soft foam ball, and combines the skills of dodging, striking, running, and jumping, while trying to hit opponents with a ball below the knees. Players need to keep moving to avoid getting hit by the ball. Fun and easy, everyone gets a serious workout.

Easily addictive, people can't wait to get back in the pit. The games move quickly...after a few short minutes, the action heats up with a second ball, sure to get even the best players out within minutes. Once the game ends, everyone is back in for the next round.

What we know for sure is that the excitement surrounding gaga is exploding!

It's super simple. Basically, we throw a bunch of players and a ball in a pit. Turn up the music, everyone for him/herself; if the ball touches you below the knee, you're out. The last one in the pit wins. Then, everyone hops back in for the next round. Games last no more than five minutes. It's fast, it's sweaty and it's really addictive. As soon as you get out, you can't wait to hop back in. That's why they're all talking about it!

The official game rules of The Gaga Center: