Congratulations to EQME for a wonderful Annual Gala 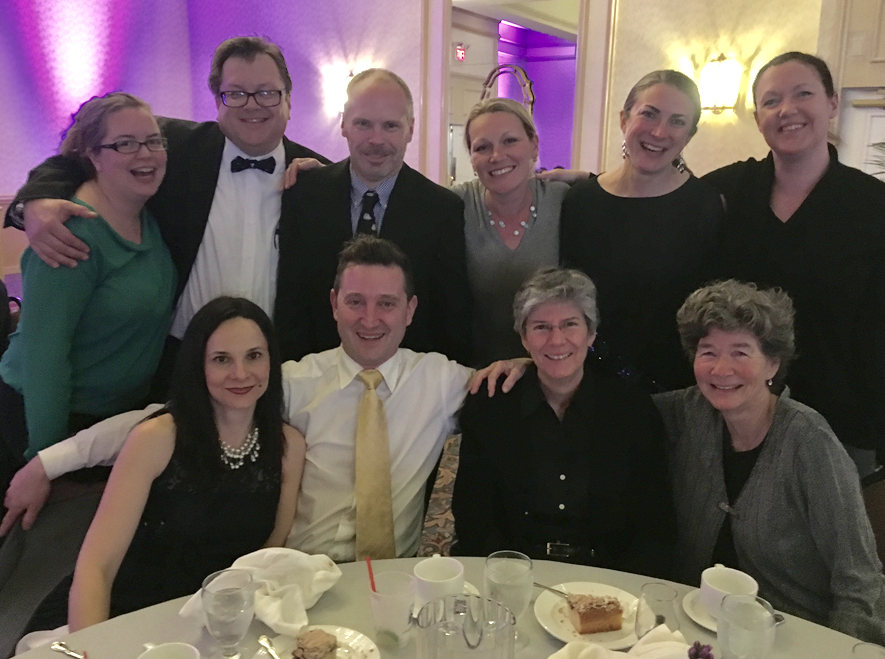 On April 1, in the midst of another one of 2017's famous spring snowstorms, Equality Maine was sending out emails and Facebook posts, "YES! The Sold Out Gala is On!" And after all worries that their supporters were going to avoid the roads and the event they planned all year long would be less than well-attended, they were thrilled to discover a full house packed to the rafters at the Holiday Inn by the Bay. 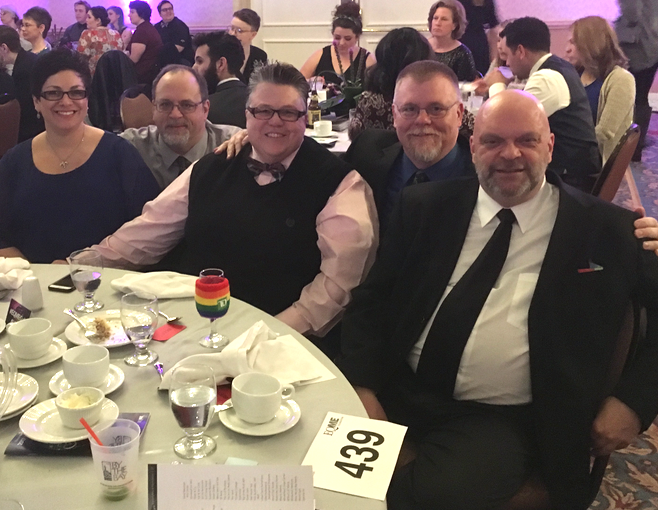 More than 600 people showed up to support EQME whose mission is to, "work to secure full equality for lesbian, gay, bisexual, and transgender people in the state through political action, education, and collaboration." After a silent auction and live auction and remarks from its leadership, an awards ceremony was held honoring among others, Savanah Green, a Gardiner High School student.

Volunteers of America staff, family and friends were there to show support for EQME and have some fun out on the town. We want to congratulate EQME and thank them for a wonderful evening with new friends and old.