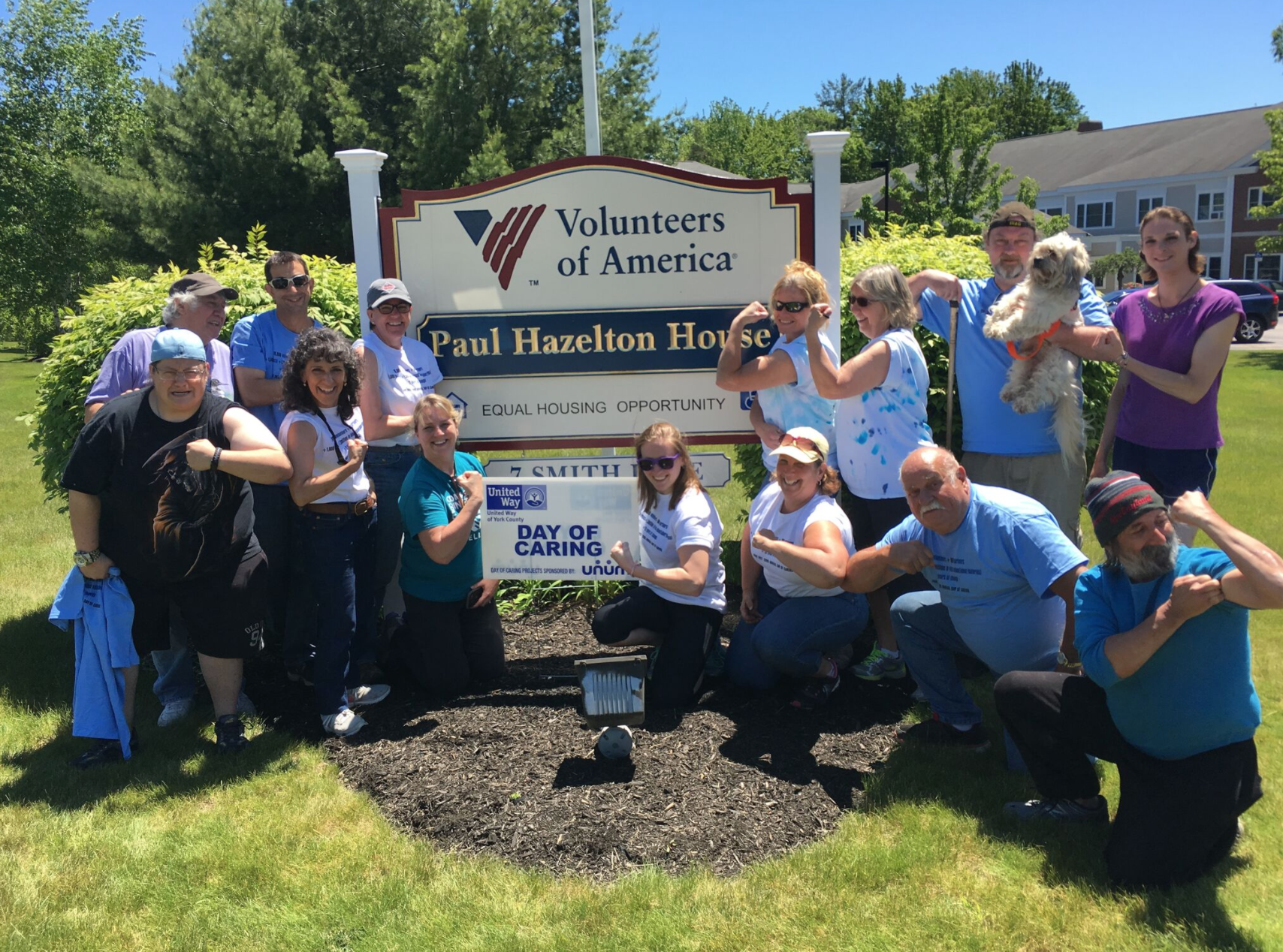 On Wednesday, June 7, Volunteers of America participated in the United Way of York County Day of Caring. There was excitement as people pointed up: "Look, up in the sky, it's a light, it's very bright…. It's the sun!" Yessiree, the sun decided to make an appearance and we could not have been happier. It's been pretty rainy here for awhile.

Patti Ellsworth and Bill Boudreau of Paul Hazelton welcomed volunteers from Southern Maine Healthcare and Veterans from Huot House and Veterans Career House. All told, 15 people gave up their day to make a difference at our senior housing program in Saco. 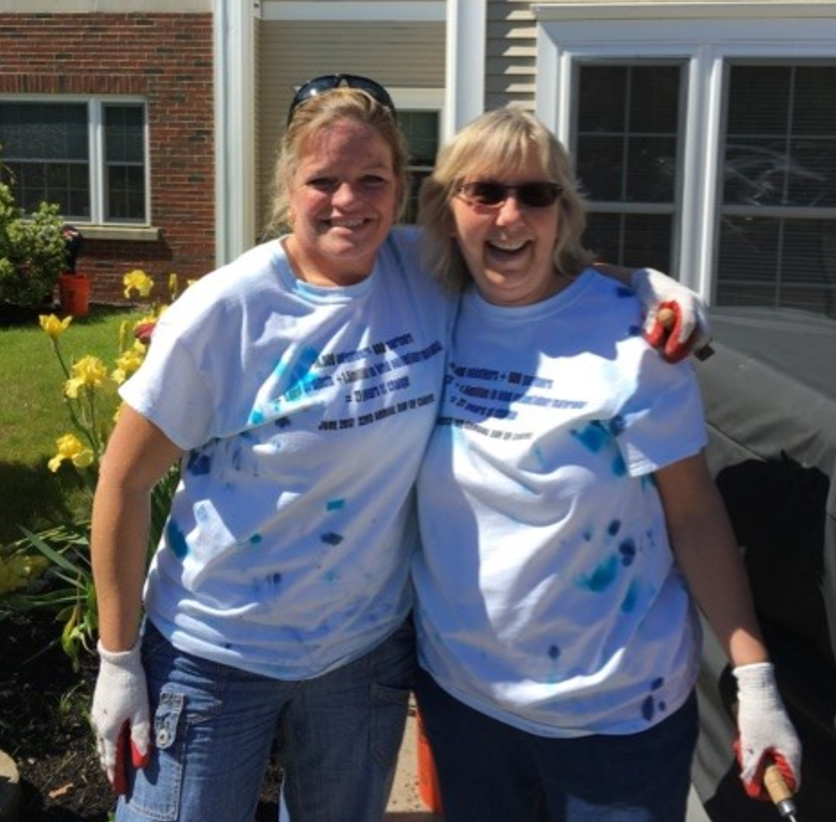 The volunteers from Southern Maine Healthcare in Biddeford worked incredibly hard. Bill Boudreau gave them a list of tasks and they went right to it. We all know how much fun it is to pick tiny little weeds out of the two foot wide rock border around the entire building; it's almost as fun as pulling vines out of the muck in a drainage outlet.

But there was no fighting over these lovely jobs. Gina from SMHC did not just pull weeds that were an inch high; she went after the moss. Moss could not hide from Gina. 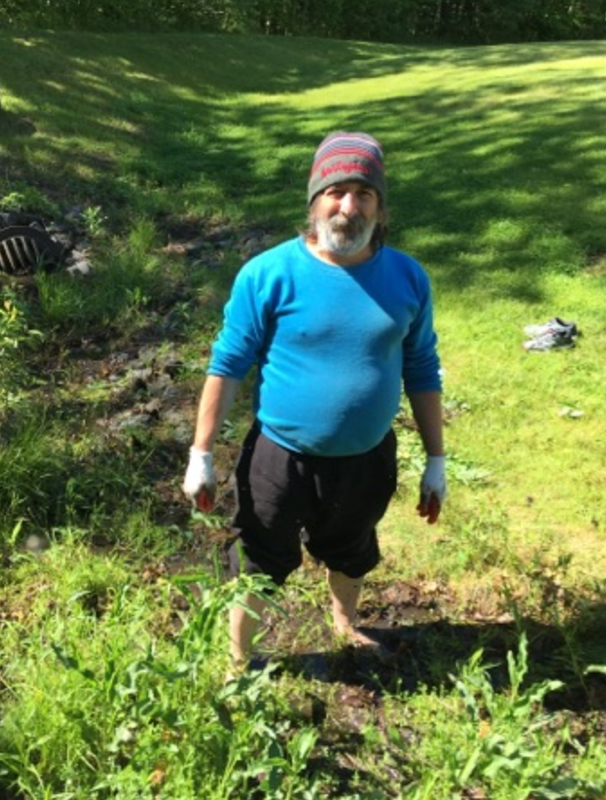 The muck in the drainage outlet did not dissuade Jeff from pulling it; when it was too wet, he took off his shoes and right down in the mud.

There will be free flowing water next time it pours – no detours amongst vines, weeds, tall grasses and brambles - ALL GONE.

And when it got hot in the afternoon, what could be more inviting than crouching and painting the curbs with yellow paint? No squabbles from this amazing crew – people shared brushes, and rollers. When one coat didn't seem quite enough to cover, the volunteers painted a second coat. Some wanted to do a third coat, but it was getting late and we had to pull the brushes out of their hands – "No! No more bending, sitting on the road, roasting in the sun, having all this much fun – time to call it a day! Thank you very much." 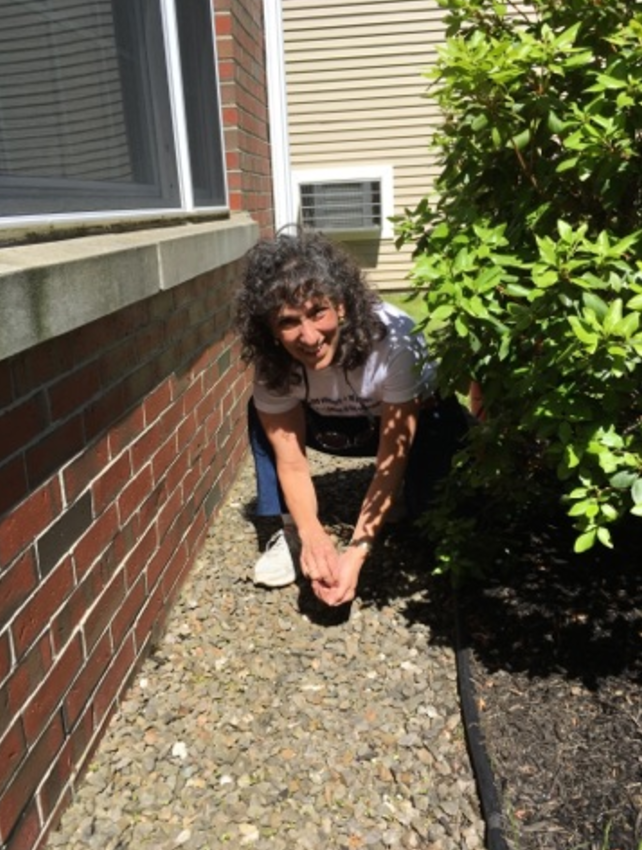 Thank you to our Veterans who worked hard assembling chairs, and cooking, and weeding. Thank you to the wonderful staff members of Southern Maine Healthcare who made our property so much cleaner and safer. They were just great. They clearly demonstrated what a Day of Caring really means.

And thanks to United Way of York County for organizing this day when a thousand people fan out across York County to show how much they care for their neighbors.