his father was a buddhist 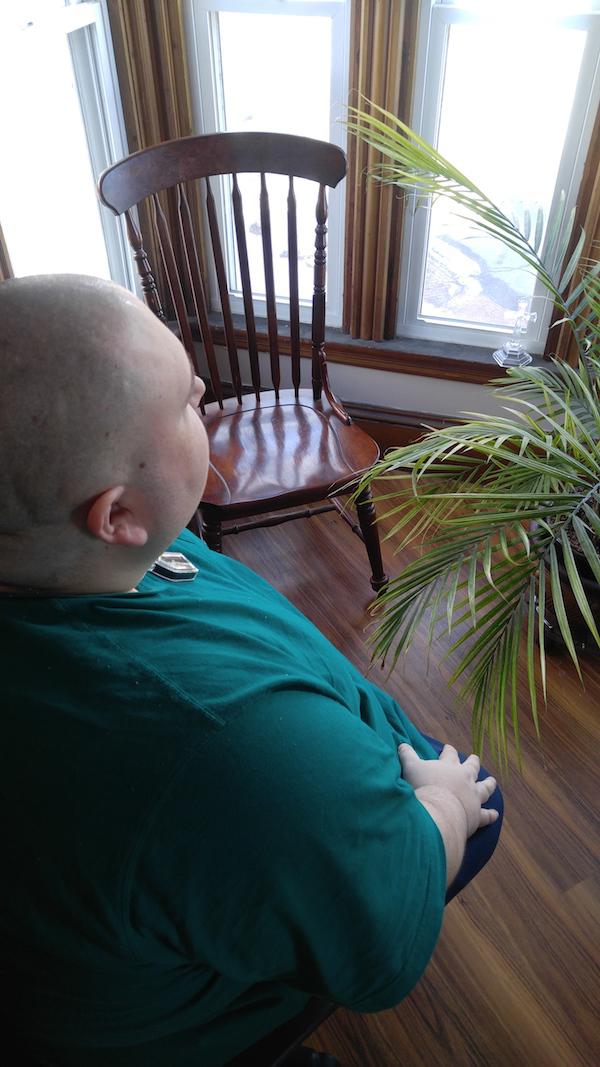 Dan is a brawny, but gentle man, of nearly 30-years who has studied and practiced Buddhism most of his life. He is a resident of one of our Behavioral Health Programs.

"I took refuge vows as a teen, pledging to live in virtue," he says. "I attended a school for Buddhism and Business Education after high school, while I was participating in a building project at a Buddhist temple in Arizona."

Dan believes he was drawn to Buddhism from nuances in his upbringing, and later found out that his dad was a Buddhist. Discovering his father's Buddhism practice encouraged him to follow the same path.

Dan has visited temples in New York, New Jersey, and Virginia, seeking a more honorable way of living. He also attended a Lunch and Learn on Buddhism sponsored by Volunteers of America Northern New England's Ministry Team in the fall of 2016.

"I learned a lot about meditation," he said, "particularly how the monkey mind causes distracted thinking. I learned how to bring myself back into focus by practicing mindfulness techniques."

He proudly wears an amulet on a silver chain around his neck. One side holds a Lek Lai, a jewel of Thailand, which is believed to protect people from danger and harm; the gold side is for a blessing of good luck.

At home, Dan can often be heard privately chanting or seen meditating, setting a scene of peacefulness in the house. His spiritual practice inspires everyone around him to pause and reflect quietly from time to time.