Elaine Bourne, manager of our Community Mediation Services, is teaching the course to eager students 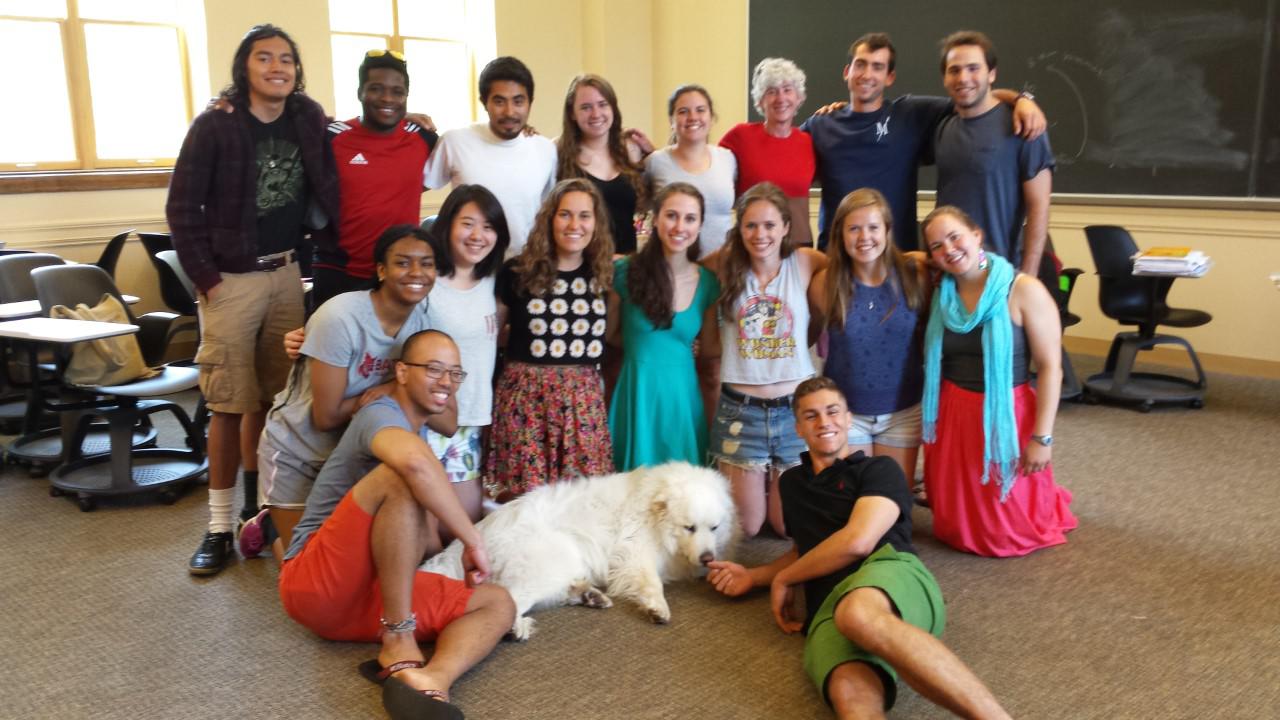 Yesterday at Bates College, sixteen students broke into groups of 4, each with a coach (all mediators who practice in various fields), and spent the afternoon in role play scenarios where two students played parties in conflict with each other and the other two played co-mediators.

The idea was for them to get an idea of the practical applications for mediation. The coaches were there to provide feedback on what they saw, or for the students to ask questions as they made their way through two mediations.

This is the second year that Bates has invited Elaine Bourne, our manager of Community Mediation Services, to teach the Practicum that she helped to create. A five week course divided equally between Mediation practice and Restorative Justice practice, the students are immersed in alternative dispute resolution theory and technique.

When the group reconvened yesterday as a whole, students and coaches shared their thoughts. "I was amazed at how, as one of the people in conflict, I was able to get through the emotional part of the problem and into the real core of the issue between us," one student said. Her role play partner added, "Yeah, it was like we were fighting about one thing but ended up discovering this whole other layer of what was causing it."

The coaches weighed in to the discussion, all with similar impressions, "The students listened so well to each other. There was a genuine willingness not only to apply the skills they are learning, but to help their characters through the conflict." Another coach added, "You students give us great hope for the future."

Two students from last year's class, Katie Stevenson and Camilla Walker, were chosen as MRJ fellows who, according to Bates Student Affairs, "will proactively provide education and outreach to the Bates community, seeking to engage students, faculty, and staff in meaningful conversations that will strive to build community and establish mutual respect."

As class ended, one of the students remarked that he now understands the concept of bringing peace to the world, one conversation at a time. He added, "After practicing today, I can see it as a real possibility."