VA Grant Per Diem liaison Susie Whittington wrote the following story about one of the Vets at the Huot House for the VA National Conference. 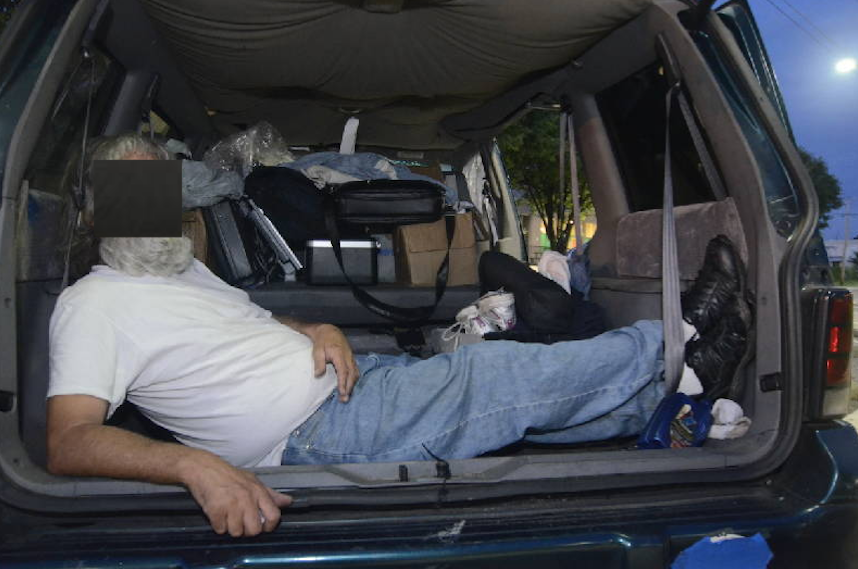 Sometimes we have the opportunity to witness something special, something that could only be accomplished by the VA Maine HCS (Health Care System) team. I am compelled to share such an experience and hope that Ryan will ensure the praise gets to the right people.

Recently a homeless Veteran was transitionally housed under the Grant and Per Diem program (transitional housing for homeless Veterans) with Volunteers of America in Saco, Maine. Mr. M had been living in his vehicle for 2 ½ years, his prize possessions in storage, no place to call home. Prior to becoming homeless, Mr. M had rented an apartment, and became homeless when the property was sold. On his limited income he could not afford first month's rent, and the deposit. After 2 ½ years in his vehicle he went to a local homeless shelter.

Volunteers of America GPD program staff were at the shelter doing outreach, when they met Mr. M, and interviewed him that same day. The shelter staff assisted Mr. M in getting his DD214 and the right paperwork to VA Maine's Enrollment and Eligibility department. Many hands were involved as his paperwork was scattered and some components eventually hand delivered to assist Mr. M with enrollment. While this was in process, the Volunteers of America GPD (Grant Per Diem) program continued to move forward on his application, he was accepted by the program 6 days after their first meeting. As part of his assessment for transitional housing, I was able to complete the necessary VA assessment via tele-health. Neither of us had to travel and the assessment was able to be completed rapidly, reducing a potential barrier to housing.

At the first opening, VOA admitted Mr. M to their transitional housing program. He moved into an efficiency apartment complete with his own bathroom, fully equipped kitchen, and needed household items.

Mr. M had seen an outside optometrist and was scheduled for cataracts surgery within a few weeks of entering the Huot House and being determined eligible for VHA care. I worked closely with the CHOICE Program, and the VA Maine staff linking to CHOICE. The staff were wonderful!! They were able to facilitate a rapid referral/approval for CHOICE care, and the Veteran received NO interruption or delay in his eye care/surgery. His doctor said he "won the award for going from the worst vision to the best vision".

The Saco CBOC (Community-Based Outpatient Clinic) was able to see this Veteran quickly for needed healthcare. They determined he had high BP and high Cholesterol. He has changed his diet, no red meat, no salt and was given a BP cuff to self-monitor his condition. He was thrilled with the care he got from provider Donna Stawasz, and her nurse Susan Sebestyn.

Mr. M has debt, that with the assistance or Pine Tree Legal, may be forgiven.

On April 22nd I met with Mr. M via tele-health. He "saw" me for the first time. He shared he can see the leaves on trees, he can see flowers "It's been so long I forgot how beautiful they were", and best of all he says he can write. He missed writing most of all. The Veteran is an accomplished pianist and played/sang a song he had written for me via tele-health. I was moved to tears to see someone who had been in a vehicle for so long, to have a home, his sight, a place to play his music, and camaraderie with those in the program.

Today I was witness the vast array of services VA Maine has to offer our Veterans. The VA and community team should be very proud of all that has happened so quickly for this very deserving Veteran!