The garden project helps transitioning inmates gain a sense of community, while helping to feed the hungry, officials say. 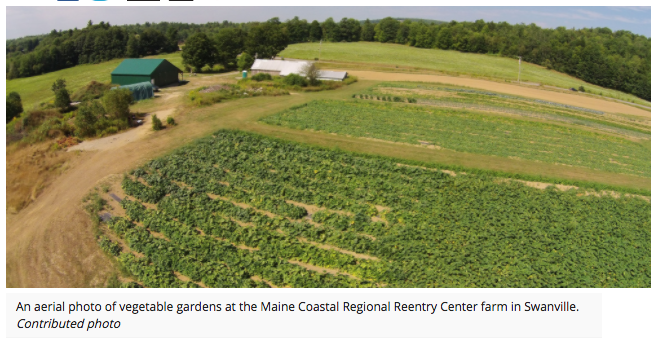 At the Maine Coastal Regional Reentry Center garden in Swanville, inmates transitioning from prison to community start at level one, where they are supervised, and work their way up to level four, where they are responsible for themselves, Waldo County Commissioner William Shorey said.

When Shorey was elected commissioner about eight years ago, he said he wanted to start a project to "help these people turn their lives around." 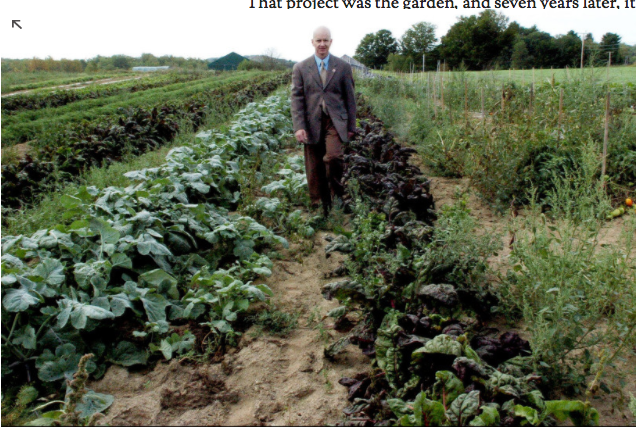 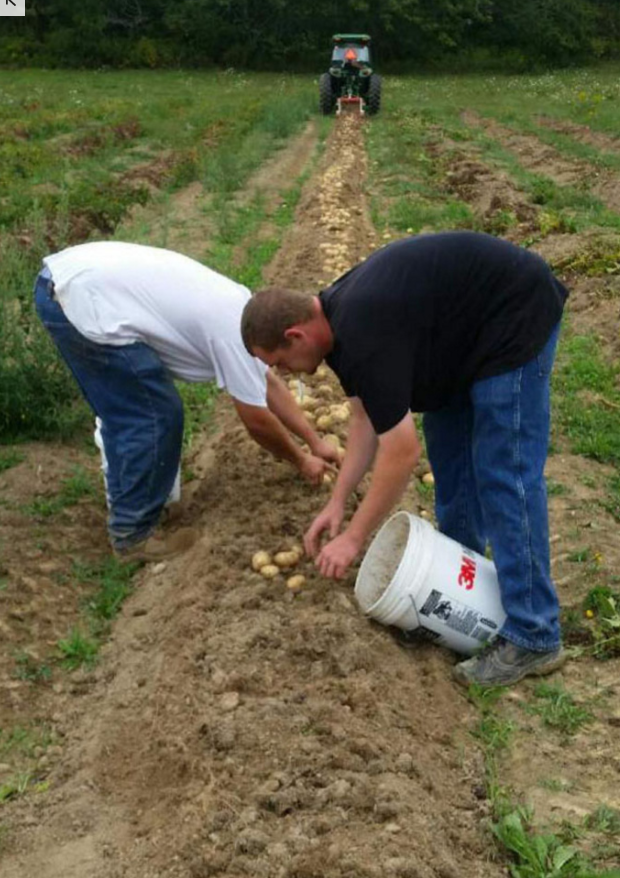 Inmates at Waldo County Jail work in one of the huge vegetable gardens at the Maine Coastal Regional Reentry Center farm in Swanville. Contributed photo

That project was the garden, and seven years later, it is bigger than ever.

Initially, the commissioner leased 5 acres of land for five years, but later bought the 65-acre farm for $100,000.

He proposed a farm that inmates — residents at the Reentry Center in Belfast — could work on a few times a week and earn credit toward their required volunteer hours. Residents, who are men who have moved from a regional, state or federal prison and qualified to finish their sentences at the center — aren't allowed to run equipment, and an officer accompanies them unless they are at level four.

Shorey said in all the years he's done this project, he's never had trouble with a resident and has sent only one back because he wasn't "the right fit" and wasn't enthusiastic.

The produce the residents grow goes to food pantries, soup kitchens, schools and churches. Waldo County is poor, Shorey said, and a typical food pantry will serve 150 to 200 people.

"It gives a good opportunity for people who are financially challenged in Waldo County to get access to fresh produce," Shorey said.

Major Raymond Porter said the project falls right in line with what the Reentry Center is trying to do.

Residents from state or county jails go to the Reentry Center when they have six to 18 months left in their sentence, Porter said. The center tries to assess the probability that they will re-offend and to address the part of their lives that is causing that probability.

When residents drop off produce at different pantries and churches, Porter said, "It's very moving." Some of them leave notes with the food, he said, and people in the community now write to residents.

"It really gives them a sense of giving back," he said.

As part of living in the Reentry Center, residents are required to volunteer in the community in some way. Working on the garden is one option, or they can paint buildings in town or clean up around lakes among other things, Shorey said.

"Ninety percent of people … really, really like getting out and just living an average life, if you will," Shorey said. "It's just a bunch of guys getting together to take care of a garden."

Porter said some studies show that it's easier to learn a new skill if you're doing work with your hands at the same time.

"There's more growing out in the garden. It's not just vegetables," he said.

The residents barbecue a meal every day, and Shorey said he takes them to Dairy Queen quite often.

"It's just being treated like you're not a prisoner," he said.

The program uses money from state funding. The state sends the Reentry Center money for the number of inmates it has, which is usually $400,000 to $500,000. Thirty percent of that, Shorey said, has to go toward corrections and transitioning programs. The garden program gets about $25,000 for maintenance and capital improvements. Shorey said this year they built a machinery building for $39,000.