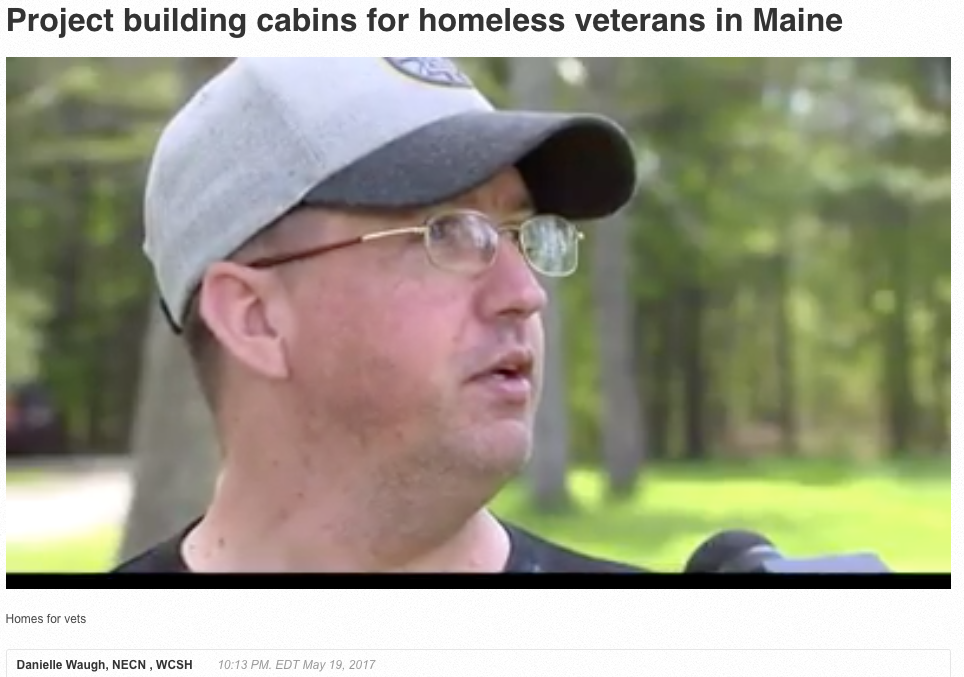 AUGUSTA, Maine (NECN) — Army veteran Joseph Robichaud says there's something therapeutic about being in the woods.

"I like it out in the wilderness," he said. "It's quiet. I'm not a big person into the city. I like to keep to myself."

As he stands in the woods near Augusta, Maine, the sun shines and birds chirp – and he says he understands why other veterans battling PTSD would want to be here, too.

"It helps them with their therapy," Robichaud said. "Some people can't take noises."

But it's in big cities, with their noises, that homeless veterans often have to go to for help. Case workers and hospitals aren't usually found near serene settings – until now.

On an 11-acre plot near the Togus VA Hospital in Augusta, Maine, there will soon be 21 cabins for homeless veterans and their families to find permanent housing.

It's called "Cabin in the Woods," a $4-million project by Volunteers Of America.

"We felt like we could create an environment that felt like they were kind of living remotely, that felt like rural Maine, yet it is close to services if they need them," said Volunteers of America Northern New England Chapter President June Koegel.

Construction started this spring, and is expected to be finished by December. The goal is to have people move in by January.

Cabin in the Woods is modeled off of a VOA program in Florida, where the cabins are transitional housing. The program in Maine is unique because it is permanent housing.

The housing is paid for using HUD VASH vouchers. Homeless veterans interested in living in the cabins will be screened by a team at Togus VA hospital.

Robichaud said the site seems like the perfect place to get a new start in life. He was a homeless veteran recently, and just moved into a new apartment. Seeing this new development gives him hope for other veterans struggling.

"It actually makes me feel happy," he said. "People do care."