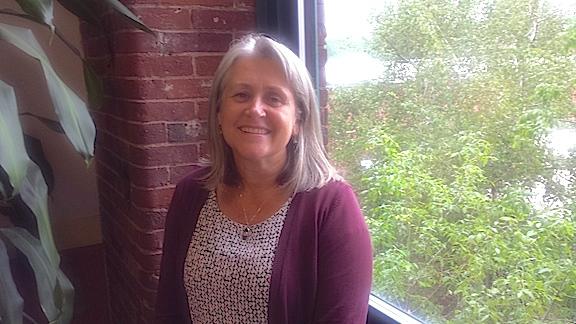 Terry Baldwin, Volunteers of America’s new Chief Operating Officer, loves an adventure. We learned that about her at our recent Sebago Lake employee picnic where she was one of the first to jump into a Frisbee toss. She and husband Chris love the beach, hiking, snowshoeing, skiing and golf. Road trips and the enjoying the National Park System, are among their favorite activities. They have visited many states over the years, including Alaska (where they came surprisingly close to a grizzly bear) and Hawaii (where they explored an old lava flow).

Terry has traveled to some fascinating places – for work and for fun – including India, Australia, Europe and Africa, and is one trip away from visiting all of the continents. She’s already dreamed up how that trip will someday unfold: she’d fly to southern Chile and take a cruise to Antarctica.  We have no doubt she will make that trip a reality.

Right now, she is on her latest adventure here at Volunteers of America.

Terry grew up in Massachusetts but spent most of her life in Maine. Her professional path began at University of Maine at Orono, where she received an MA in Applied Mathematics and was an instructor there for a couple of years. From there, the path opened wide.

In Terry’s words, “I started out as a software engineer and worked on the development of a variety of applications for different employers, including CAD systems used for designing automobiles; weather prediction models;  and “virtual reality” applications including a flight simulator and monitoring system as part of a flight school system that was installed in small aircraft.

Terry was a Senior Vice President at Diversified Business Communications, a global media company, before becoming Director of Operational Excellence at Martin’s Point Healthcare, where she worked on both the primary care and the health insurance parts of the business.

Terry and Chris share their not-so-empty nest with a dog and a cat. They have two “wonderful” grown children: daughter Lindsay, an artist and dog lover; and son Sam, a fisherman and lawyer. Both have returned to Maine to live, making their parents very happy.

Her involvement with VOA began years ago, initially as a consultant, then as a member of the development committee, and finally as a board member.  She says with an easy smile, “I love the work of the organization and am excited to be part of such a great team.”

We are thrilled that you have joined us, Terry.