Joan Sheedy Finally Gets to Retire 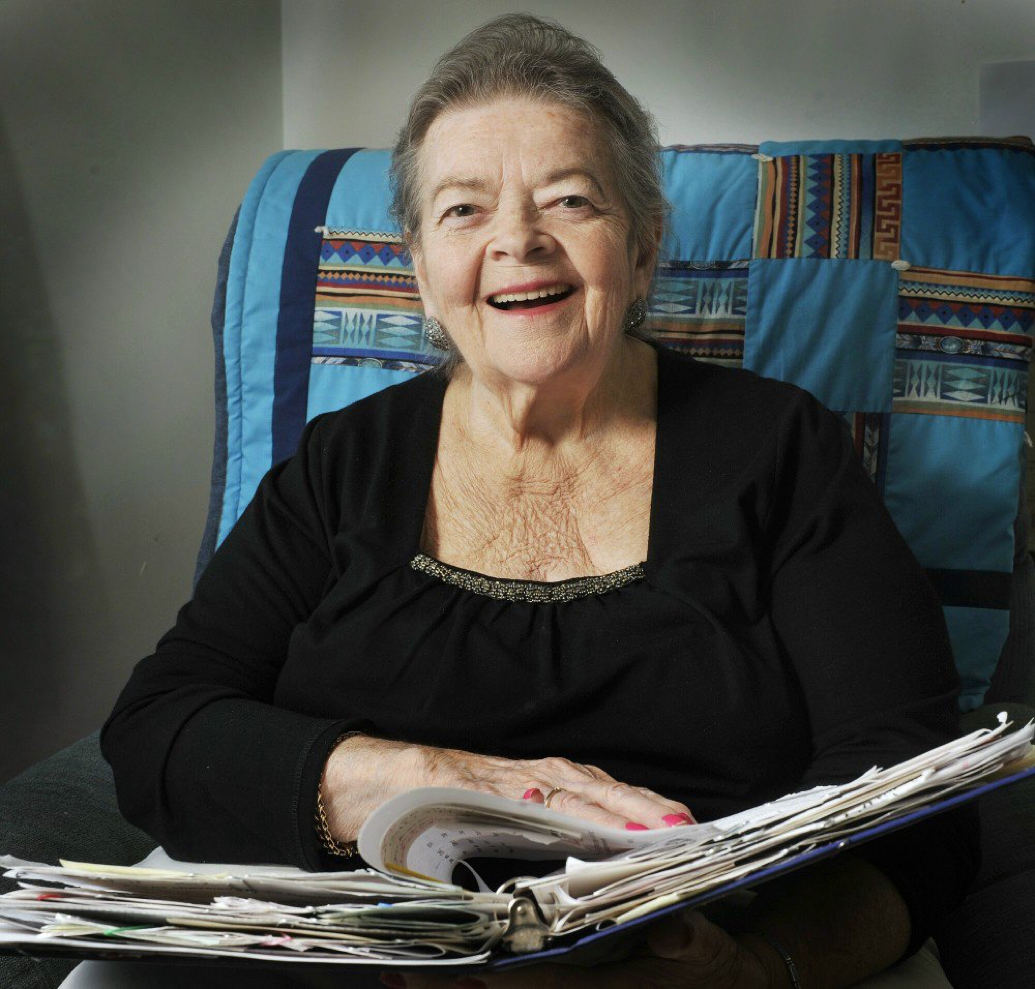 Joan Sheedy, longtime resident of Volunteers of America's Bayview Heights in Portland, is pictured here (photograph by John Ewing) with a scrapbook of articles, letters and awards she has collected over the 10 years she has been overseeing her Senior Snow-shoveling Project. The Project, founded in 2004 by Sheedy, provides free snow removal to Portland seniors and people with physical challenges. When she learned that the city of Portland fines homeowners $110 if they fail to clear snow from their sidewalks within 24 hours of a storm, she took action.

"I thought that was just mean!" said Sheedy. "All I could picture was some poor woman who'd just lost her husband having to search for a shovel down in her basement and clear all that heavy snow from her sidewalk."

Sheedy got student volunteers from five Portland-area high schools to shovel the steps and walkways of senior residents. Shovelers are required to clear a path from the front door to the sidewalk as well as the sidewalk section immediately in front of the property following each snow event. According to her description, they don't shovel off cars, clean out driveways or do anything beyond clearing a pathway to and from the front door so that elderly residents can get out, and postal workers, emergency medical responders, Meals on Wheels delivery people and others can get in.

In an interview with the Portland Press Herald (Aug 31, 2015), Sheedy said, "I will be 80 this October and last year was a difficult one for me. I simply can't keep heading this project. I am looking for a replacement – someone who is willing to take on the entire project or at least oversee projects in their immediate neighborhood, which is usually 8 to 10 houses."

Her call was answered by Portland's Office of Elder Affairs. With help from volunteer coordinators in several Portland neighborhoods, the Office will match Portland residents who are aged 65 or over or have challenges that make snow shoveling difficult with volunteer groups and individuals willing to shovel. A few years back, Sheedy expressed concerns to The Portland Daily Sun that city bureaucracy would bog down the project. Now it's in the city's hands.

To learn more about our Bayview Heights housing and other senior services, click here.