Cabin in the Woods Groundbreaking / Portland Press and Kennebec Journal

The project will provide 21 cabins on the Togus campus of the state veterans' hospital.

A Brunswick-based nonprofit will break ground Friday on a $4.2 million housing project for homeless Maine veterans on the VA Maine Healthcare Systems-Togus campus.

Volunteers of America Northern New England said in a statement that the Cabin in the Woods facility will provide "permanent homes" to 21 Maine veterans and their families. Housing will be available to both men and women veterans who are struggling with homelessness, the statement said. 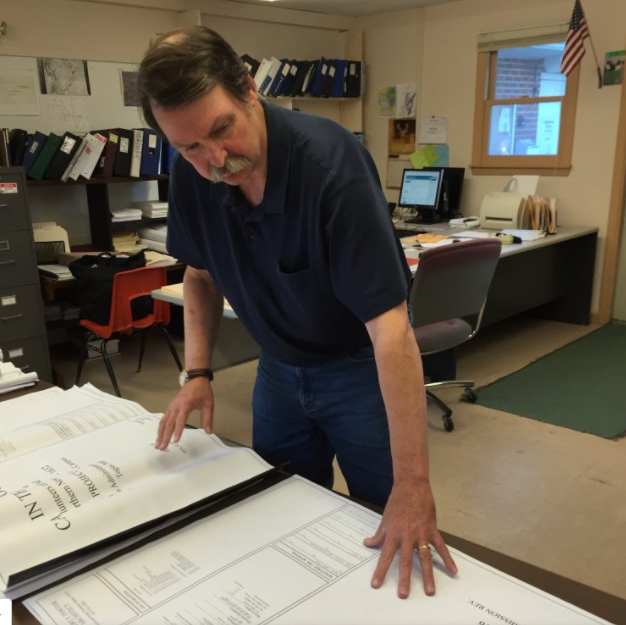 Bill Butler, the code enforcement officer for the town of Chelsea, reviews the plans for the Cabin in the Woods project for homeless veterans last year. Groundbreaking is set for Friday. Staff file photo by Jessica Lowell

The facility will be located on an 11-acre wooded site on the Togus campus in Chelsea. The organization secured a 75-year lease for the property in 2009 and has worked to raise about $4 million for construction over the last eight years.

In December, TD Bank awarded a $100,000 grant to the organization that will help pay for high-speed internet and cable to the cabins. There are added costs because of the wooded location, and the grant money will help pay for those improvements.

According to a program manager, 16 one-bedroom cabins and five two-bedroom units will be open to single veterans or veterans with families and children.

The cabins will all share similar designs and furnishings because of the ease in providing the same services to everyone.

There will be 16 Veterans Affairs Supportive Housing program vouchers funded by the Department of Housing and Urban Development that will help veterans pay rent on the cabins. Officials have been going through the process of gathering names and screening potential candidates.

The VA will provide case management and financial care for those using the vouchers, and Togus staff will be available to assist people in the program with many of their needs, said VA spokesman Jim Doherty.

Unlike some homeless shelters, children will be able to live with their parents or guardians in the cabins.

A Volunteers of America official said they are working hard to secure housing for veterans with children because of the vital role children play in the recovery process.

Construction is expected to continue through the summer with occupancy coming shortly after the work is completed.

The Volunteers of America will impose its own rules on the tenants. No weapons will be allowed in the cabins and it will be an alcohol-free campus. One cabin will be used by staff, and there will always be an employee on site.

The groundbreaking ceremony begins at 10 a.m. and there are signs on campus directing drivers to the site. Maine first lady Ann LePage, former U.S. Rep. Michael Michaud and Volunteers of America president and chief executive officer June Koegel are expected to attend.