The approval clears the way for Volunteers of America to build cabins for homeless veterans on the Togus campus.

Officials from Chelsea and Volunteers of America have reached an agreement on taxes for the Cabin in the Woods project, clearing the way for a new type of housing for homeless veterans.

The project, which will build permanent housing for veterans who are homeless or on the verge of being so on the VA Maine Healthcare Systems—Togus campus in Chelsea, will make annual payments of $5,000 for 15 years in lieu of taxes. 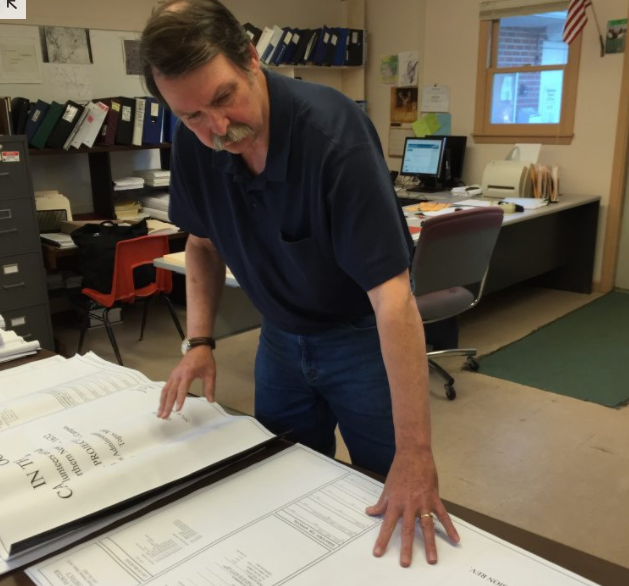 Bill Butler, the code enforcement officer for the town of Chelsea, reviews the plan for the Cabin in the Woods project for homeless veterans in 2016. Staff file photo by Jessica Lowell 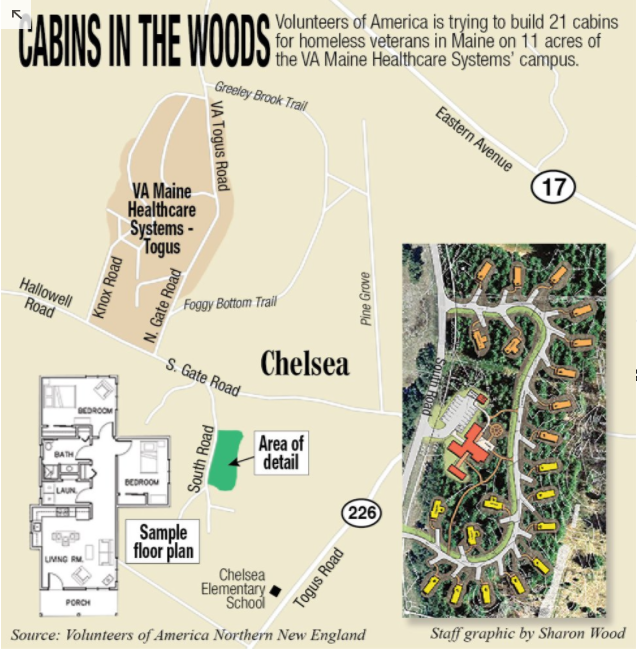 Michael Coon, vice president of external relations for Volunteers of America Northern New England, said via email Thursday that his organization was pleased with the results of Wednesday's Chelsea selectmen's meeting.

"We are excited to start the next step in the process for the Cabin in the Woods housing project," Coon said.

Scott Tilton, Chelsea town manager, said the payments in lieu of taxes will be paid over 15 years, which is the life of the financing.

Volunteers of America also has received final subdivision approval from the Chelsea Planning Board, a step that was required for the organization to secure construction financing.

Coon said Planning Board Chairwoman Andrea Smith has sent a letter of approval.

That approval process was delayed for several weeks while all the required elements were assembled, including signed copies of the plans and an evaluation of the effect the project is expected to have on the town and its services. Now only two items remain. Coon said the final site plans will be recorded at the Kennebec County Registry of Deeds, and interconnection plans for utilities will be provided to the town.

The plan calls for building 16 one-bedroom cabins, five two-bedroom cabins and a community cabin on 11 acres at the south end of the Togus campus. The housing community is expected to combine rural living with accessible health care from the Veterans Affairs facility.

Volunteers of America has secured a 75-year lease for the property and has worked to raise about $4 million, which includes federal low-income housing tax credits. In December, the project secured a $100,000 grant from the TD Charitable Foundation's Housing for Everyone initiative.

Cabin in the Woods also is expected to receive 16 Department of Veterans Affairs housing vouchers funded by the federal Department of Housing and Urban Development. The vouchers will help veterans pay rent on the cabins.

"As with all our housing facilities throughout the state of Maine, Volunteers of America looks forward to being good neighbors and part of the Chelsea community," Coon said.