A week ago, 18 Brunswick High School students were among a group of nearly 40 being recognized for their volunteer efforts throughout the school year — taking in a Boston Red Sox game at Fenway Park in Boston, Massachusetts. 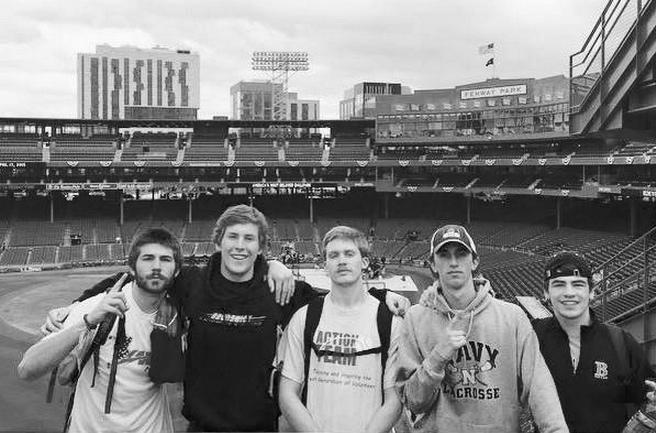 All the students were members of Action Teams, a national youth volunteer program sponsored by Major League Baseball Players Trust and Volunteers of America.

According to Volunteers of America, the Action Team from Brunswick High School is the largest in the state. Its Action Team Coordinator Rita Maines has created many volunteer projects for these young people. They have visited Volunteers of America’s senior housing program inTopsham — Westrum House — several times and engaged the residents in games, parties and fun activities.

In December 2014, they visited Bayview House, VOA’s senior housing program in Portland, to serve a meal. They were accompanied by the B.H.S. Chamber Chorus, directed by Ashley Smith and provided an evening of food, fun and music. The Action Team also traveled to Peaks Island and helped clean and prepare for winter several gardens at VOA’s senior housing program, the Fay Garman House.

Major League Baseball Players Trust provided free tickets to the Red Sox game and free dinner for Action Team members. Moody’s Collision Center’s Co-Workers for a Cause provided funds for the trip to and from Boston. The Boston Red Sox invited the Action Team members into the park three hours before game time so they could watch the ball players at practice and enjoy free movement throughout Fenway Park. It was a beautiful night and the Red Sox won the game in the bottom of the ninth inning.

Action Teams also have enjoyed a free night at a Portland Pirates game, where they were joined by Major Leaguer and Portland native Ryan Flaherty.

Volunteers of America notes that Action Team members have an opportunity to meet older people and engage them in helpful ways and in fun activities. Volunteering improves the lives of those giving and those receiving the kind attention of enthusiastic young people.For more information about the program, contact Volunteers of America Northern New England.