A "Human" Story from Local Writer 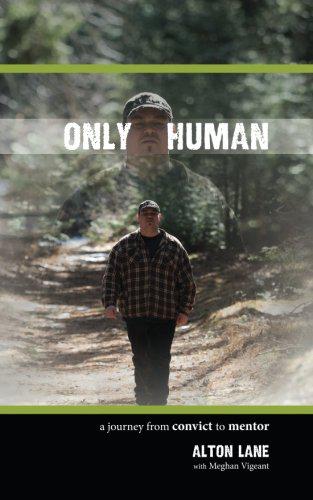 A 'Human' story from local writer

BELFAST — Waldo County native Alton Lane will share his remarkable life story — as outlined in his memoir "Only Human: A Journey from Convict to Mentor" — Sunday, March 5, at 3 p.m. at Left Bank Books, 109 Church St.

Lane grew up in poverty and suffered violence, abuse and addiction from childhood until his early thirties, when he was finally able to turn his life around. With the help of narrative historian Meghan Vigeant, Lane has written a compelling memoir that takes its readers on a wild roller coaster ride from despair to joy; from hopelessness to inner peace.

First arrested at age 12, Lane was in and out of local jails with regularity until age 33, when he got his first real break in life by being assigned a six-month sentence at the Maine Coast Regional Reentry Center in Belfast. There, Lane received counseling, took recovery classes and began doing community service. It was also where Lane met nonviolent communication instructor Peggy Smith, a turning point in his life that he recounts in a chapter called "The Nuttiest Woman I Ever Met."

Five years later, Lane teaches the same class he once scorned. Jerome Weiner, program manager at the Reentry Center, said that Lane's example is what the residents need. And for the first time in his life, Lane said he knows exactly what he wants to do.

"My main goal is teaching guys at the Reentry Center," he said. "I think I've found my little spot. It almost feels like I belong there."

The public is warmly invited to this free event. Copies of Lane's memoir ($12) will be available for purchase. For more information or to reserve a seat, call 338-9009 or email leftbank@myfairpoint.net.