I was sworn in to the Air Force on October 13, 1958. I received my Wings as a Navigator, was commissioned as a 2nd Lieutenant, and married Marjorie Helen Bolles on September 18th, 1959, at Harlingen AFB, Texas. 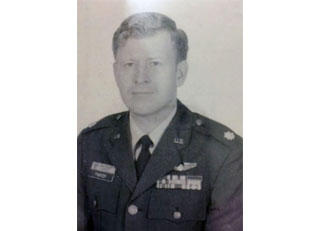 We immediately reported to Kessler AFB at Biloxi, Mississippi. I went through 9 more months of training and achieved a second flying rating as an Electronic Warfare Office (EWO) in June of 1959. I was promoted to first lieutenant in March of 1960 while I was going through training to become a bomber defense EWO on B-52G aircraft at Loring AFB, Maine. This included Survival School training at Stead AFB, Nevada, B-52 orientation at Merced AFB, California, and B-52 Electronic Warfare Crew training at Cannon AFB, New Mexico, outside of Clovis, New Mexico.

We then went to Loring AFB, Maine, at Limestone, Maine, near Caribou, Maine for two and one half years until 1963. I was on the first B-52G launched from Loring AFB in support of John F. Kennedy’s Cuban Missile Blockade. We flew for 32 hours around the Mediterranean Sea with 4 one megaton nuclear bombs in our bomb bay and two Hound Dog cruise missiles on our wings with a one megaton bomb on each one. We were waiting for, and kind of hoping for, a “GO” code to strike at Russia. The long range radar of the Russkys could see us, and soon hundreds of more, three and four ship bomber formations prowling around their perimeter. We had learned in three previous attack exercises here in the U.S. against our own NORAD (North American Defense) that 100% of our attack aircraft using our techniques and tactics would reach ALL of our targets and not lose a single bomber. Khrushchev backed down.

I was accepted into pilot training, at Williams AFB, near Chandler, Arizona, in 1963 and received my third set of Wings as a pilot in May, 1964. I was now, affectionately, known as a Triple Headed Monster. We were assigned to C-133 Heavy Cargo aircraft at Travis AFB, Fairfield, California. I had to go through 3 months of training at Dover AFB to become a C-133 pilot. 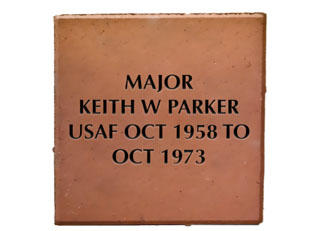 I flew my first mission into Vietnam in December of 1964. Twice or more a month we would fly from Travis AFB to Hickam Field in Honolulu, Hawaii, to Wake Island, to Guam, to Clark AB, Philippines, to Vietnam (Saigon (Tan Son Nhut), Cam Ranh Bay, Pleiku (for Blue Light Tango), or Nha Trang), Kadena AB, Okinawa, Midway Island, and, finally, after 7 or 8 days, exhausted, back to Travis AFB. Each of those “legs” would require 10 hours of flying in our turbo prop aircraft. Because the Pentagon insisted that Douglas Aircraft use a surplus of old Navy engines in building the C-133s we had a built in design weakness. The gearing down from high jet engine speed to the much slower propeller put such stress and fatigue on the reduction gears that every now and then one of the propeller nose cases would strip the gears and blow up with about the force of a hand grenade. Sometimes the propeller would come lose from the engine and go flying on its own, usually forward and then swing below the wing. One last transmission from a lost and never found aircraft over the ocean was the copilot saying “prop struck”. We all assumed he meant “ prop struck the fuselage and cut through the radio transmission wires. It tended to keep us awake and listening for the engine surges that signaled a pending prop failure. Good training in emergency procedures.

At Travis AFB, my wife and I adopted two boys Bryan and Derek from Korea. Right after the boys arrived in June of 1966, I received orders to go to CCK, Ching Chuan Kang AB in Formosa, for a 1 year, Vietnam, in country tour, unaccompanied by family. That meant my wife would stay stateside with our now four children(who which could barely speak English). It would be a different airplane, a C-130. That meant I would have almost 5 months of additional training. I had been promoted to Captain, O-3.

From December, 1966, until February, 1968, I would spend two one week periods a month stationed at Nha Trang or Cam Ranh Bay and fly in country in Vietnam. We did one of the mail runs, or delivered the Vietnamese troops (with their families) or our GIs, or flew Goodyear rubber bladders filled with 10,000 pounds of fuel to short dirt strips where battles were raging and the army Huies and Apaches were desperately trying to hurry up and refuel and get back to their guys who were dying on the other side of the hill from our fuel dump. Once, an Apache pilot was so blocked in by all of the C-130s and other aircraft that the only way he could get out was to start his engine and lift a couple of inches off of the dirt and fly his ROTATING CHOPPER BLADE UNDERNEATH MY WINGTIP!!!!

If he had clipped my wing tip all aircraft in that fuel dump would have roasted off in a huge fireball. I returned in February of 1968 and had been reassigned to C-133s at Dover AFB, Delaware when I completed my retraining of three months in C-133s I left on my first 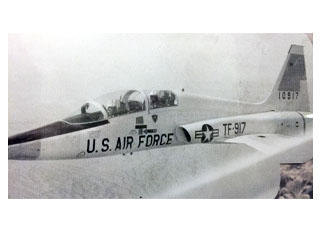 I was put on the Wing Commanders Staff at Dover and charged with training crews to be Sky Marshals for the Eastern half of Military Airlift Command. The program was six weeks behind schedule and they thought it would be impossible to complete it in time. There were 8 weeks left. My last day as a Major in the United States Air Force was effective October 13, 1973.

I enrolled at what is now Salisbury University in September of 1975. I graduated in May of 1977 with a B.S. degree in Mathematics. In addition to mathematics up through Topology I took Physics including Quantum Physics and Chemistry including Physical Chemistry. I did not take Organic Chemistry.

In September of 1977 I began Law School at George Mason University in Arlington, Virginia. I graduated with a Juris Doctor (J.D.) degree in Law in December, 1980. I flunked the bar exam twice, failing the second exam by 0.8 points on the second go around. I was working in the computer field as a “Beltway Bandit” around the District of Columbia on Digital Equipment Corporation’s VAX/VMS computer operations as a System Manager and I was making more than twice as much money as my law school cohorts. So, I dropped the quest for the bar exam and worked in computers for 10 years until the recession of 1990 put me out of work. I began teaching Microsoft Office at Delaware Technical and Community College in January of 1995. That lasted for 17 years. I completed a 2nd A.A.S. at DTCC in Computer Science in 1998.

My wife and I presently rent and manage 10 homes in Delaware.